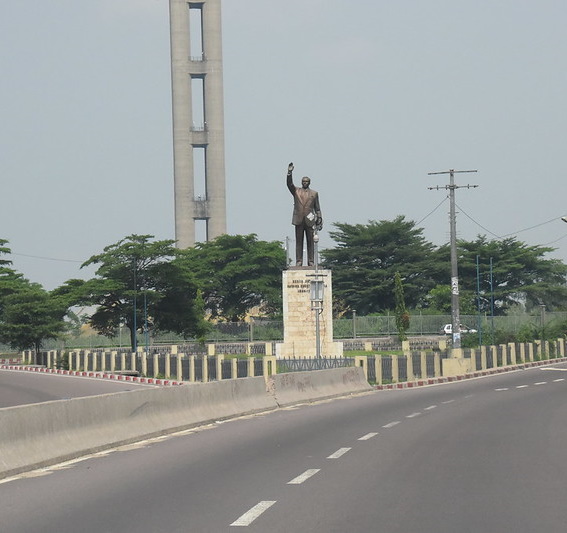 As the Democratic Republic of Congo celebrates its sixtieth birthday, the country stands at an important crossroads. Marked by the struggles and protests of a population suffering from violent conflicts, predatory rule and social exclusion, after six decades the current leadership, led by President Felix Tshisekedi, has a historic opportunity to embark on a long and difficult path to further emancipation. To succeed, he must give space to the voice of Congo’s citizens and their strive for change.

As the Democratic Republic of Congo celebrates its sixtieth birthday, the country stands at an important crossroads. Marked by the struggles and protests of a population suffering from violent conflicts, predatory rule and social exclusion, after six decades the current leadership, led by President Felix Tshisekedi, has a historic opportunity to embark on a long and difficult path to further emancipation. To succeed, he must give space to the voice of Congo’s citizens and their strive for change.

The recent popular protests in Kinshasa against the parliamentary consideration of three bills, which aim at reforming the judicial system to considerably strengthen executive control, illustrate the stakes and challenges at play today in the Democratic Republic of Congo (DRC). When protesters invaded the seat of Parliament late June 2020, they wanted these bills abandoned. Irrespective of any factional political considerations, many protesters believe that the attempt to muzzle the judiciary on the heels of the historic trial against Vital Kamerhe (the President’s chief-of-staff) is only one of the many strategies in which former President Joseph Kabila, and his parliamentary majority, continue to drag the population. As one of the demonstrators expressed:

‘These politicians want to muzzle justice because they are afraid of being convicted of corruption and embezzlement. But if justice cannot or will not do its job, we will continue our resistance on behalf of the people, even if it costs us our lives.’

The Tshisekedi presidency responded that it understands the people’s reaction, showing its attachment to the rule of law.

This political context reminds us that the DRC’s sixty years of post-colonial history are essentially a history of struggle and protest, which have often confronted, in opposition or complicity, the ruling elites, international actors and the ordinary Congolese population. A rereading of this long and complex history through such a lens allows us to understand the country’s current potential turning point, towards a future shaped by the choices and power relations between these three main forces.

The six past decades have seen a succession of war, attempts at secession, decades of kleptocratic authoritarian rule (over 30 years under Mobutu and nearly 20 years under Joseph Kabila), regional conflict and intervention. The economy and infrastructure have been reduced to rubble while the social fabric has been tested to breaking point with the generalised mantra of ‘débrouillez-vous’ (take care of yourself). Most of the countries’ citizens endure debilitating poverty, while those living in several provinces, mostly in the East, see little relief after decades of violence. The country, often dubbed a ‘geological scandal’ for its abundant mineral resources, lingers at the bottom of (human) development and governance indexes.

Starting with independence from colonial rule in 1960, there have been several aborted opportunities for change, mostly because of a mix of domestic and external causes. The current state of affairs indeed has its roots in a larger history of colonialism, neo-colonialism and predatory rule. Yet, we should be careful not to reduce our reading of Congo’s history to one solely in terms of what went wrong. Most of the discussions triggered by the 60th anniversary of independence will be no exception to the existing narrative that limited effort has been made to increase the well-being of Congo’s population. Elsewhere, we argue that we should create space for a counter-narrative and try to look at the endogenous processes and struggles that have been a constant part of Congo’s history. Such view could confirm that the country today might indeed be at a crossroad towards a more emancipatory future.

The deep social crisis to which Mobutu’s thirty-two years of rule gradually led the DRC is strongly rooted in Belgian colonisation, Cold War neo-colonialism and predatory rule. The Congolese had to wait until the end of the Cold War – when the Western allies no longer needed Mobutu – to raise their voices and for the international community to stop turning a blind eye to Mobutu’s crimes against his own population. The aspirations for change in the 1990s, triggered by the announcement of a democratisation process, ended in the collapse of Zaire and its institutions and the war that installed Laurent Desire-Kabila. The civic movements that mushroomed during these processes, which gave voice to a broad range of agendas from democratisation to the resistance against what was considered the country’s foreign occupation, helped to awake and shape a strong political consciousness.

The ‘end’ of the regional wars in 2003 and the elections of 2006 were the next moments of hope. Even though it led to a sense of normalisation in different parts of the country, the dreams of structural change proved short-lived. Violence in the East continued and the economy was captured by the ruling elite that governed through increasingly violent repression. This could not prevent the Congolese, little by little, claiming the streets to raise their voices and discontent. In early 2015, when the Kabila regime seemed to lay the foundations for a constitutional change that would allow it to perpetuate its hold on power, the street said ‘enough!’ Congolese society at large rejected the status-quo. International and regional actors understood that any attempt by the regime to remain in power would lead to high levels of violence and increased pressure on the Kabila regime to respect the constitution.

When delayed elections were finally organised in December of 2018, these did not result in the immediate, revolutionary change that many had hoped for, yet they showed a sophisticated reaction to a complex political situation. The recent protest directed at the legislative attempt to impede the rule of law shows that the population has not demobilised – it remains a potent force for change.

Congolese are now a little more than three years away from the 2023 presidential, legislative and provincial elections. The immediate political future remains highly uncertain, and power struggles in Kinshasa and protracted conflict in the East continue to produce a risk for further turmoil. In a speech to Parliament, President Tshisekedi argued that it is necessary to provide a future president with a stronger mandate. As he stated, this should be part of a broader national reflection on electoral reform. The outcomes of such reflection will strongly depend on his capacity to listen to the voices of the Congolese and to the partnership that can be formed between both dynamics. The DRC’s regional and international partners have the responsibility to accompany this process.