Home > Publications > Competition, Patronage and Fragmentation: The limits of bottom-up approaches to Security Governance in Ituri

Competition, Patronage and Fragmentation: The limits of bottom-up approaches to Security Governance in Ituri 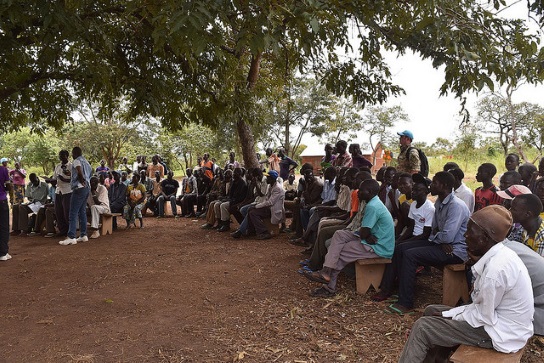 People are affected by different kinds of insecurity in the Ituri Province in the northeastern region of the Democratic Republic of Congo (DRC). This article investigates donor-driven attempts to improve security governance there. More specifically, it investigates bottom-up approaches to security governance in Ituri’s capital of Bunia and in Irumu territory. Whereas in Bunia people are faced with high levels of violent crime, Irumu is the site of a violent conflict between the Ituri Patriotic Resistance Force (FRPI), an armed group connected to the Ngiti community, and the Congolese army. Involving local non-state security actors in security governance is perceived by international and national actors as a pragmatic way to improve security conditions. However, we show that these bottom-up security governance initiatives have not succeeded in resolving the issues that generate insecurity. We argue that this is because the drivers of insecurity in northeastern Congo are translocal and too complex for localised bottom-up approaches to significantly change the status quo.

This article was first published in Stability.