On the 16th of April 2013, Egmont – Royal Institute for International Relations and the Development Group organized the 2nd Symposium of a series of five events related to “the multifaceted challenges of the EU energy transition towards a low-carbon economy” that will be held in Brussels this year.

In light of the Communication on security of energy supply and international cooperation entitled “The EU Energy Policy: Engaging with Partners beyond Our Borders” and the “Roadmap for moving to a competitive low-carbon economy in 2050” released by the Commission at the end of 2011, the 2nd Symposium focused on specific issues linked to the external dimension of the EU’s energy policy – especially on the role of gas and the importance of the diversification of supply.

The keynote address was provided by Paula Abreu Marques, Head of Unit for International relations & Enlargement at the DG Energy of the European Commission. She started by emphasizing that the challenge of energy security takes on a more global perspective. Our energy landscape is shifting. In the EU, we are facing decreasing production of domestic fossil fuels. At the same time, the global energy markets are changing. This is particularly due to the increasing energy demand from emerging economies, the nuclear accident in Fukushima, and the expansion of shale gas production in North America. 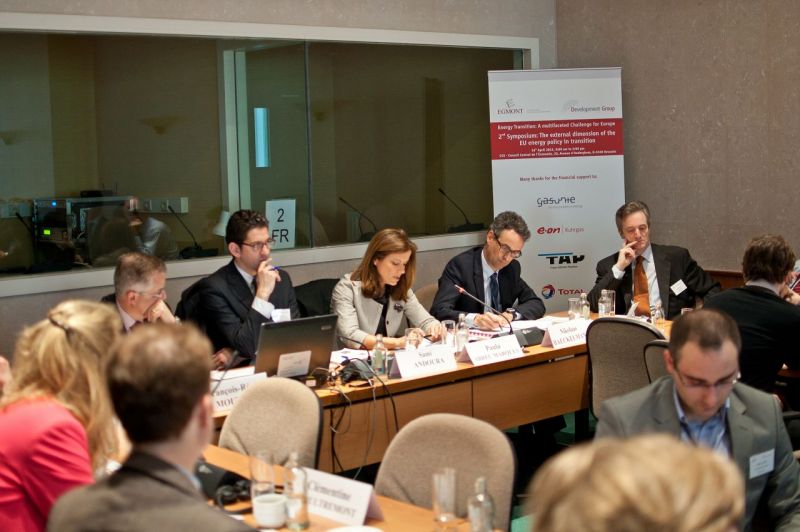 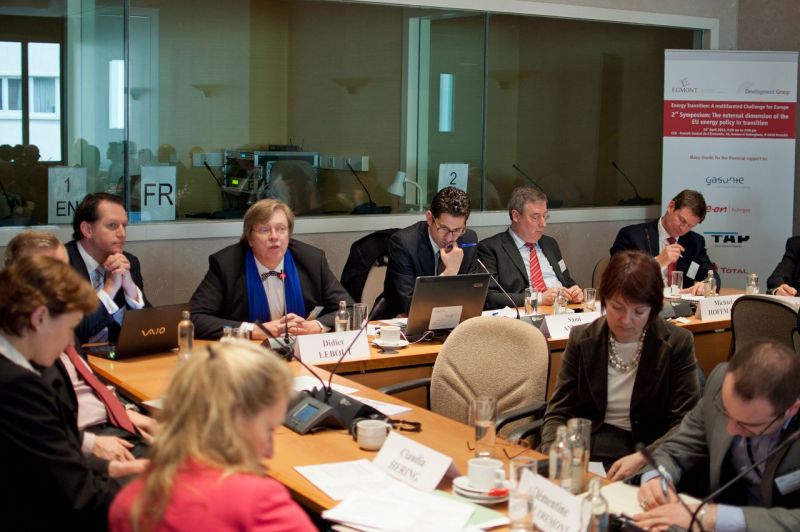 It was followed by 2 Sessions on “The role of gas in the external dimension of the EU energy policy” and “The diversification strategy of the EU and its external partners“, in which François-Régis Mouton(GasNaturally), Thomas Geisel (EON Ruhrgas), Nikolaas Baeckelmans (ExxonMobil), Didier Lebout(Gazprom Marketing & Trading France), Michael Hoffmann (Trans Adriatic Pipeline) and Wim Groenendijk(Gasunie) presented their point of view. Their key findings were discussed by Simon Blakey (Eurogas), Jean-Arnold Vinois (Adviser to Kommissar Oettinger) and more than 70 stakeholders from the European Energy Community.

Finally, Thomas Koehler, CEO of Cassidian CyberSecurity GmbH, illustrated the main cyber threats of an increasingly inter­connected economy with several examples of previous attacks on energy companies and infrastructure. As cyber attacks have increased significantly during the last years, the European Commission announced a European Cyber Security Strategy as well as a proposal for a Directive on measures to ensure a high common level of cyber security across the EU.
Here you’ll find the complete report as well as the agenda of the Symposium.

Pictures of the Symposium can be found at Flickr.

Many thanks for the financial support to:

and to all our supporters and speakers.

Further information will follow. Read the concept of the series of high level debates in cooperation with the Development Group here.