Achieving a gendered transformation of the post-conflict military through security sector reform: unpacking the private–public dynamics 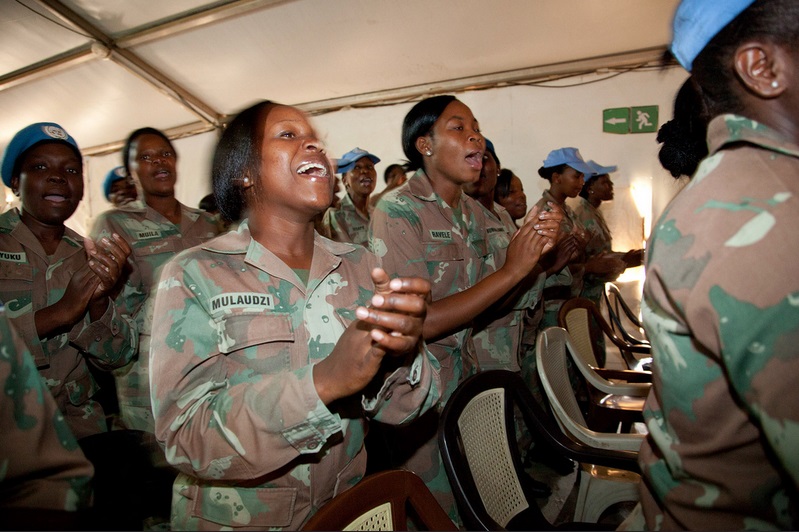 Reforms of the post-conflict military are often part of a broader security sector reform (SSR), focusing on public state institutions in the security domain. The military, as a traditionally masculine institution, has been targeted for reforms related to gender integration and mainstreaming in order to make it more democratic and representative. Yet, while these efforts have partly succeeded in making gender issues essential to the military, I argue here that in order to achieve a gendered transformation of the military and erase the gender hierarchy, it is necessary to move focus beyond the public sphere and into the private to examine how these are mutually dependent. I illustrate this point through examples taken from interviews with soldiers from national armies in two countries that have experienced wide-ranging reforms following conflict: Burundi and South Africa. I identify three societal borders policing women in the private sphere, which have an impact in the public sphere: resistance to women in the army, women as primary caregivers, and men’s perceived superiority over women. The examples show how a gendered transformation needs to collapse borders between public and private in order to make visible gendered forms of exclusion and discrimination in the military.

This article was first published in International Feminist Journal of Politics, 25 April 2019.