Assessing security sector reform and its impact on the Kivu provinces 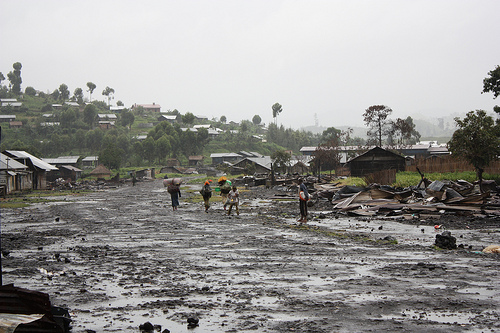 The resumption of fighting in eastern Congo in October 2008 between rebel forces loyal to dissident General Nkunda and units of the Congolese army clearly underlines the fragility of the peace process in the DRC. In particular, it confirms the weakness of the Congolese army (FARDC) and the glaring absence of state authority, and once again points to the difficulties of keeping a fragile peace now that the peace agreements between belligerents in Nairobi and Goma have collapsed. This situation report does not aim at examining the roots of the current crisis, nor does it attempt to analyse the different options suggested to reach a more stable settlement. Its principal intention is to evaluate what is believed to be one of the main obstacles to peace: the lack of progress in the reform of DR Congo’s security sector. The continuing war in eastern DRC is a reminder of the paramount importance of reforming the security sector if DR Congo’s post-war state-building exercise is to stand a chance of success.