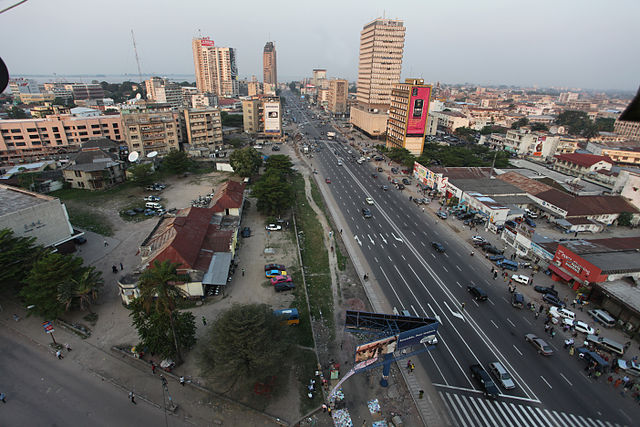 Protests and arrests have been centred on the Democratic Republic of Congo’s major cities, but we should also pay attention to more rural areas.

This commentary was first published in African Arguments.

Protests and arrests have been centred on the Democratic Republic of Congo’s major cities, but we should also pay attention to more rural areas.

The formal end of President Joseph Kabila’s rule on 19 December was long announced as a moment in which there could be outbreaks of large-scale violence. Yet on the day things remained relatively calm in most of the Democratic Republic of Congo.

This had much to do with the massive deployment of security forces, which had a dramatic intimidation effect on Congo’s population. Campaigners say over a hundred people were detained in the few days running up to the end of Kabila’s mandate, and that a hundred more have been arrested since.

Already in September 2016, tens of people were gunned down in the streets of Kinshasa during huge protests against Kabila’s attempts to extend his rule. That had acted as a clear warning by the regime that any future expressions of dissent would provoke a similar response – a threat that was borne out on 20 December when more than twenty protesters are reported to have been killed in confrontations with security forces in cities around the country.

Recent events, including several forms of resistance and confrontation in unexpected areas, give an indication of what might happen in the next few days and weeks. Rather than expecting massive rallies in Congo’s major cities, it looks like we are moving towards other, less predictable and less controllable forms of protest.

Spontaneous demonstrations have erupted in unexpected parts of the country, bypassing the political opposition, which seems have become more and more irrelevant. Different parts of the Congolese population have started refuting the legitimacy of the regime and its representatives. And some protests have shown themselves to be at risk of manipulation by all sorts of actors, potentially leading to a gradual politico-military disintegration that will be hard to manage.

At the same time, the Catholic bishops are continuing their efforts to bridge the gaps between the regime and all factions of the political opposition. After a four-day break and various earlier unsuccessful attempts, these talks ? which are aimed at a reaching political agreement that involves an inclusive transition process towards elections ? will resume this week.

However, the bishops’ efforts are already weakened ? if not entirely obstructed ? by the appointment of new Prime Minister Samy Badibanga’s government just minutes before midnight on 19 December. The announcement of a new transition government was a smart move to distract attention, but ultimately adds to already widespread frustrations.

The opposition’s inability to mobilise large crowds on 19 December reflects its failure to translate popular anger in Congo’s major cities into political strength. Nonetheless, these frustrations remain widespread, also largely driven by a deepening economic crisis. The sharp decrease of the value of the Congolese Franc for several months has had an enormous impact on people’s ability to buy essential goods and is also now affecting the economic position of Congo’s small middle-class.

This dire economic situation has had a disastrous effect on state revenues, which are currently insufficient to cover the monthly expenses of civil servants, including security forces. This means the government is even less likely to participate financially in the organisation of its own electoral process. And it will have to further degrade electricity and water services, which will in turn add to the population’s frustrations and feelings that state-led services are no longer legitimate.

These dynamics are most visible in Congo’s major cities, but we should also pay attention to the quickly deteriorating situation in rural areas, particularly but not exclusively in the east. There, a series of small-scale armed attacks against the Congolese army as well as increased ethnically-inspired violence highlight that the crisis is about more than just the president’s mandate. The constitutional crisis is also a trigger to re-express unresolved grievances.

Recently, new armed groups in the region have been instituted. Meanwhile, others have forged new coalitions ? for example between Bafulero and Babembe armed groups in Uvira and Fizi, or a number of Batembo groups in Kalehe. All these groups are repositioning themselves and trying to extend their zones of influence. Their struggles are symbolically centred on Kabila’s position, but are rooted in claims of local authority, power and resources.

With the regime is no longer considered credible, armed groups now present themselves as the true and legitimate authorities. They legitimise their existence by calling upon communities’ frustrations, linked to historical political marginalisation, and their need for protection. These same armed groups have ? despite their fragmentation – also been able to consolidate themselves as powerbrokers in local politics.

The current crisis, and the prospect of elections, will only provoke new rounds of political competition. When driven or sponsored from the outside by disgruntled politicians or radicalised opposition forces, these armed groups could become a serious threat to local stability once again. Paradoxically, this would not necessarily be bad news for the regime in Kinshasa. It could simply create an additional incentive to delay or simply cancel the elections.

Koen Vlassenroot is Professor in Political Science and Director of the Conflict Research Group, Ghent University. He also leads the Africa Programme of the Egmont Institute.

Kris Berwouts has worked for 25 years for different Belgian and international NGOs focused on building peace, reconciliation, security and democratic processes. The last years he has been working as an independent expert on Central Africa. His book Congo’s violent peace. Conflict and struggle since the Great African War  will be published in July 2017 by ZED Books.