Home > Publications > Nigeria: is the end of mafia politics in sight?

Nigeria: is the end of mafia politics in sight? 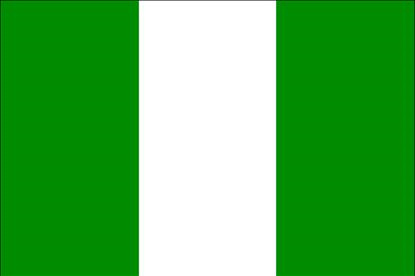 “A poli-thug state” – Nigeria as described by Nigerian writer and Nobel Laureate Wole Soyinka1 In spite of improvements to the electoral law, the last general elections in Nigeria, Africa’s demographic giant, turned out to be a masquerade even worse than those of 2003. They allowed Olegusun Obasanjo, unable himself to seek a third mandate, to retain his grip on the client-based state system indirectly, thanks to the victory of Umaru Musa Yar’Adua, a regional political leader close to the northern military aristocracy in the Presidential election, and that of the People’s Democratic Party in most of the State elections; Confronted by the duplicity of a political class wedded to the preservation of its rents, especially from gas and oil, the vote only increased popular frustration and the desire of ordinary people to free themselves from the system which has them in its grip. It added to the already considerable list of social and ethnic problems which already afflict a country made up of regions such as the Niger Delta, the Muslim North, the Middle Belt and the Ibo region, each with its own mixture of internal and external problems. In the longer term, there must be real doubts about Nigeria’s ability to outgrow a system of regulation by political and organised crime elites, based on earning rent from oil, and in the near future mining as well. In essence, the system is intended to prevent the consolidation of countervailing powers, yet it also restricts the freedom of action of the only social and economic forces capable of limiting the fallout from the decline of petrol production in and after 2020. Given the significance of Nigeria for the continent as a whole, this outcome is not one that Europeans can contemplate with equanimity. Jérome SPINOZA and Olivier VALLÉE2 1. Wole Soyinka, The Open Sore of a Continent, New York, Oxford University Press, 1996. 2. Jérome Spinoza is a specialist in African peace and security issues, and was a member of the European Union Election Monitoring Mission in April 2007. Olivier Vallée is an independent consultant and the author of many works on African political and economic issues, including Politique et pouvoir en Afrique (1999) and Les gemmocraties, économie politique du diamant africain (1997). The authors wish to thank David Chuter for his contribution to this paper and its translation into English.
(Photo credit: Icecoldcola, Flickr)