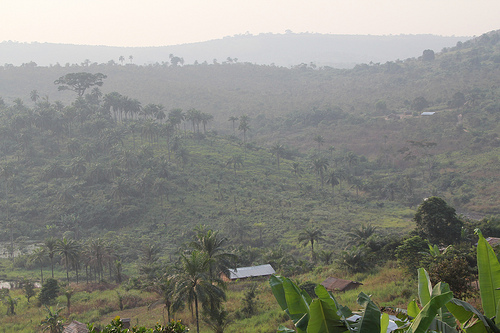 In March 2008, the ten Heads of State of the Economic Community of Central African States (ECCAS) met in Kinshasa for an extraordinary summit to address the escalating tensions in Chad. In view of the repeated attacks from rebels against the government of President Idriss Déby and the series of combats in and around the capital of N’Djamena, the Community’s members expressed their concern about the ongoing instability in their partner country and the region and affirmed their support of the Chadian government. In this perspective, the member states’ political actors affirmed, once again, the regional process’ increased emphasis on security issues since its resumption in 1998. In February 1998, in a context of continuing regional troubles, unrest and instability, the Heads of the ten member states had agreed, in the Gabonese capital of Libreville, on the revival of the Central African Economic Community after a six-year period of inactivity. At that time, the region was deeply affected by the aftermath of the Rwandese genocide and the conflict in Burundi, the violent and long lasting war in former Zaire as well as a series of political crises and coups d’Etats in many Central African states. Recognizing that the community’s year-long inactivity had largely been induced by these crises and conflicts, the member states decided to initiate a substantial reforming in view of developing the regional cooperation process further into a direction that would also contribute to the region’s stability and peace. Hereby the awareness of the regional dimension of neighbouring crimes and conflicts and notably the risk of regional spill-over largely underlay and fostered the initiative of giving new dynamic to regionalisation. Strengthening and intensifying cooperation was considered by the states as a vital approach towards promoting development, not only through economic growth but also through consolidated peace and security. The Central African Heads of State took herewith a decision fully in line with and covered by the concomitant engagement on the continental level towards promoting cooperation in the field of security and building a Pan-African peace and security architecture. Thus, ECCAS’ field of action was enlarged towards security issues, in addition to the original economic orientation, and it was agreed to establish specific security bodies and mechanisms to endorse this reform. An agenda broadening towards peace and security issues has also happened with the other Central African regional institution, the Central African Monetary and Economic Community (CEMAC), during the last years. Created in 1994 to replace the former customs union UDEAC, and operational since 1999, CEMAC is certainly more strongly adhering than ECCAS to its economic objectives of promoting trade between its members and developing a common market. Nevertheless, increasing tensions in the Central African Republic (CAR) forced the community in 2002 to further address the issue of regional security and to deploy within its member state a multinational force, the FOMUC, even if such a measure had never been foreseen in its treaty. The revival of ECCAS after six years of crisis-induced hibernation and its agenda’s reorientation towards security issues, as well as the set up and deployment of a CEMAC multinational force constitute clear manifestations of a new trend in Central Africa towards approaching security and stability concerns increasingly on the regional level. In 1999, ECCAS officially affirmed the “promotion of peace, security and stability in the region” as one of its central missions. 1 And on the members’ Conference in October 2007, the Congolese President Denis Sassou Nguesso emphasized that “the success of integration is also conditioned by the capacity to make the region a harbour of peace”.2 This trend goes hand and hand with the continental aspirations towards peace and security cooperation. It also reflects the developments in other regions where more and more economic communities are emphasizing the security dimension of their collaboration by adapting their agendas and institutional structures accordingly. In Central Africa, the connection between security and regional cooperation rises however a couple of questions. Why, despite this new and enlarged conception of regionalism and the repeated commitments towards a regional security approach, insecurity remains considerably high and is still threatening all the countries in the region? The political crisis in Chad, opposing the government and various rebel groups, is now enduring for years, and is additionally aggravated by the country’s considerably strained relations with its neighbour Sudan that regularly bring the two rivals on the verge of war. Despite the now yearlong presence of multinational troops, the situation in the CAR still remains volatile, and villages in the East of the country are frequently victims of attacks by armed bandits and militia. And in the Democratic Republic of Congo (DRC), the repeated ceasefires, peace talks and agreements have not succeeded in completely stopping the now decade-long conflict, as combats and riots still continue to regularly erupt, notably in the provinces of Ituri, North Kivu and South Kivu, generating flows of refugees within the country and across its borders. 1. See the Community’s website: http://www.ceeac-eccas.org 2. ‘La réussite de notre intégration (était) aussi conditionnée par notre capacité à faire de notre sous-région un havre de paix.’ The President of the Republic of Congo, Denis Sassou Nguesso, as quoted by Afriquecentrale.info (www.afriquecentrale.info) on October 30th, 2007 So why – 10 years after the increased new orientation of the Central African regionalisation processes towards security issues – the real contribution of the aforementioned regional bodies towards sustainable security in the region is still rather low? What is hence wrong with the current approach?
(Photo credit: DFID UK, Flickr )