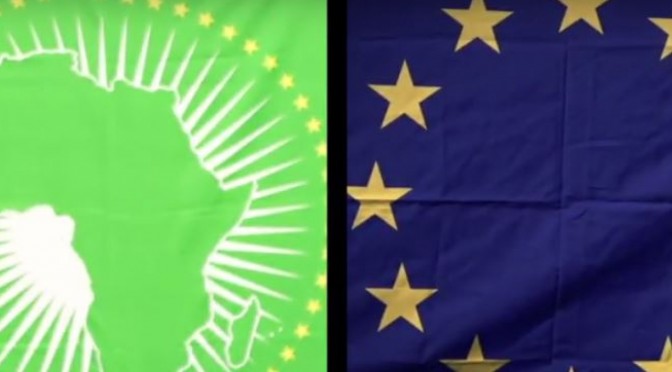 In this blog post, Valerie Arnould, compares and contrasts the transitional justice policy frameworks adopted by the African Union and the European Union. Alongisde the elements of converge, she highlights the differing regional conceptions about the place of criminal justice and the objectives of transitional justice.

This commentary first appeared on  the Leuven Transitional Justice Blog.

The place of criminal justice

That such a position is adopted by the EU is not surprising as it closely aligns with the broader normative preferences which underpin both its internal and foreign policies, namely human rights promotion, the rule of law and compliance with international law. It also reflects its own experience of a growing judicialisation of politics and the resort to courts when addressing human rights violations. But these preferences are not necessarily shared by others, and the AUTJP promotes a less-hierarchical view of transitional justice, in which criminal justice exists at an equal level to non-judicial mechanisms and where accountability is not a more important goal than conciliation and restitution (§77). The AU adheres to the view that the desirability of criminal justice is not a given and should be weighed against the needs of the society in question and its cultural, political and security context (a view also taken in the African Commission on Human and Peoples’ Rights (ACHPR) Study on Transitional Justice and Human and Peoples’ Rights in Africa, a document which accompanies the AUTJP). As a logical extension, both the AUTJP and ACHPR study accord a greater role to traditional and community-based justice mechanisms in transitional justice than does the EU.

The AUTJP does establish a hierarchy within criminal justice approaches: national trials are defined as being preferable, followed by special, extraordinary or hybrid courts. Regional or international courts are seen as a last-resort mechanism only. Unsurprisingly, considering African states’ fractious relations with the International Criminal Court (ICC), support for the ICC is not mentioned at all in the document. In contrast, the EU is a long-standing and vocal supporter of the ICC and reaffirms this in its transitional-justice policy framework. This being said, it is clear from the EU policy framework and its emerging practice, that the EU considers that developing national capacities to enable states to investigate and prosecute war crimes, crimes against humanity and genocide is also a central component of its transitional justice agenda.

Lastly, the differing weight given to criminal justice within the framework of transitional justice is also reflected in the somewhat divergent positions adopted by the EU and AU on amnesties. Both reject the adoption of blanket amnesties for war crimes, crimes against humanity and genocide. However, the AUTJP leaves more leeway for the adoption of conditional amnesties where these may support peace processes and facilitate the pursuit of transitional justice objectives (§89). The document also sets out criteria for amnesties, such as transparency, impartiality and the need for them to be accompanied by truth-telling and reparations initiatives.

Dr. Valerie Arnould is Senior Research Fellow with the Africa Programme at the Egmont – Royal Institute for International Relations. She is also a research associate at the Leuven Institute of Criminology, University of Leuven, and a visiting lecturer at the Brussels School of International Studies – Kent University. Her research focuses on justice and (in)security dynamics in Central Africa, the politics and impact of transitional justice, and peacebuilding.