Home > Publications > Armed mobilisation and the nexus of territory, identity, and authority: the contested territorial aspirations of the Banyamulenge in eastern DR Congo

Armed mobilisation and the nexus of territory, identity, and authority: the contested territorial aspirations of the Banyamulenge in eastern DR Congo 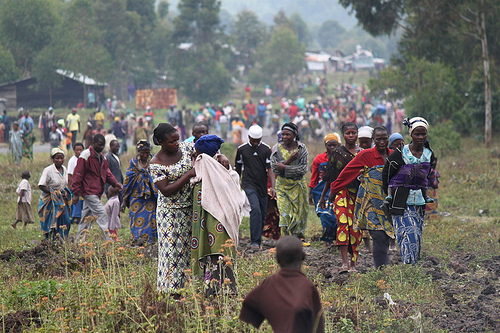 The closely intertwined notions of territory, identity, and authority are at the heart of conflict dynamics in the eastern DR Congo. Focusing on the territorial aspirations of the Banyamulenge community in South Kivu, this article looks at the ways in which the nexus of territory, identity, and authority shapes and is shaped by armed mobilisation. Excluded from a customary chiefdom in the colonial era, the Banyamulenge, a community framed as ‘migrants’, have been striving for a territory of their own for decades. These aspirations have fed into armed activity by both Banyamulenge and Mai-Mai groups linked to opposing communities, providing deeply resonating mobilising narratives that are employed to justify violent action. Yet, as this article demonstrates, the links between armed mobilisation and the nexus of territory, identity, and authority are both contingent and reciprocal, as violent conflict also impacts the meanings and boundaries of identities, authority structures and territory.

This article was published in Journal of Contemporary African Studies, vol. 33, Issue 2, 2015. It can be accessed via the journal’s website.