Home > Publications > Turkish Stream and its implications for the EU

Turkish Stream and its implications for the EU 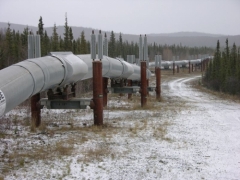 A first assessment is that this would not work, EC Vice-President in charge of Energy Union Mr. Maros Sefcovic said in an interview with The Wall Street Journal at the World Economic Forum in Davos on the 22nd of January. He was commenting on the recent announcement by President Vladimir Putin and Gazprom’s Alexei Miller. Indeed, the Russian gas giant’s CEO announced that South Stream would be replaced by a new project, Turkish Stream, linking Russia to the European part of Turkey and this in addition to the existing 16 billion cubic meters (bcm) Blue stream.
This policy brief looks at the various implications this new reality could have for Europe’s energy security.