Home > Publications > A Brussels Declaration for an “Ever Closer Union” 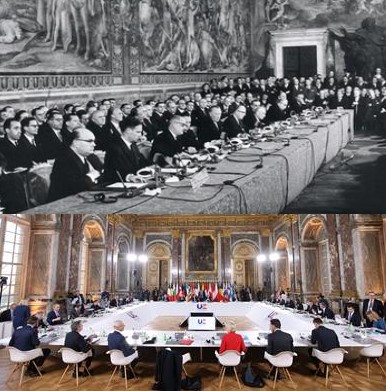 What is valuable, is vulnerable. So it is for peace, democracy, and the ability to lead the good life. They are never permanently gained, but remain a permanent aspiration. Throughout history, it has always been thus.

At this very moment, Europe is once again witnessing a war on the continent. How did we act after the Second World War to ensure that Europe would no longer be a continent constantly plagued by war? We aspired to an “ever closer European Union”. Panta rhei – everything flows. Today once more we see an acceleration of history; perhaps we are even reaching a tipping point. To be fit for purpose in this new geopolitical context, we must accelerate the construction of the EU as well.

More than ever, we must not just react, but act, with foresight. European management must give way to European leadership. That does require, among other steps, a revision of the European Treaties – that is for the medium term.

What follows, was originally conceived before the Russian invasion of Ukraine. It is a plea for a Brussels Declaration, subscribed by all EU Member States, to achieve an “ever closer Union”. What might, before 24 February, have been seen as revolutionary, may now be seen as an evident next step, which is revolutionary only in its simplicity. A step to complement the 11 March 2022 Versailles Declaration.