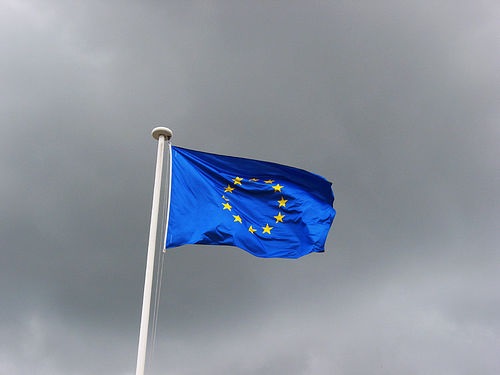 It could be the perfect fall 2015 blockbuster. The new horror movie coming to your neighbourhood soon. Egmont Institute has had an exclusive opportunity to read the script, and it will make your spine shiver.

It could be the perfect fall 2015 blockbuster. The new horror movie coming to your neighbourhood soon. Egmont Institute has had an exclusive opportunity to read the script, and it will make your spine shiver.

In this new sequel, specially dedicated to European political circles, the old Cretaceous beasts are nearing the age of extinction. They have gathered, in a self-protective reflex, inside the building of the European Council in Brussels, making a horrifying vision for the public. Be warned: there are so many wild and ill-adapted creatures that you’ll sometimes feel an irrepressible urge to weep. The public should, however, feel comforted by the fact that much of the beasts’ behaviour is just show. As explained long ago by Conrad Lorenz, they feel the urge to roar and make a lot of noise just to camouflage the absence of any real action.

There is the Schaublosaurus. This is an old beast, fascinated by antique legal theories that completely misinterpret the functioning of financial markets. The Hollandis, a more recent evolution, simulates going left, while in fact going right. The Cameronex is always pretending to escape in order to remain in. The Junckerkiss tends to hug all members of the circle in front of cameras in a kind of Pavlovian reflex – these ancient animals have all kinds of bizarre rituals. There are also smaller creatures. The Tsipatris, an exotic red bird, chases its own tail until no one can guess its real direction. The Stubbiotas, Kasimiras, etc., blink neurotically, sending tweets and signals to everyone. The Sarkouistitis and Orbanos tend (like the Cameronex) to build walls everywhere in a compulsive quest for security. And, naturally, we have the Aptosaura Merkella, a fairly heavyweight species, whose tactical genius lies in simulating perpetual movement without actually moving much.

As we all know, the real dinosaurs’ main problem was that their brains were much too small for their bodies. They could not adapt to a changing context. That’s why the European Council is a perfect fit for this new blockbuster. Times are changing – and quickly. Our entire production system is being uplifted by the tide of the information society. Climate change has become a clear and present danger. The energy system is unravelling. Migration grows steadily: there are too many old and obese citizens in developed countries, and too many young and famished people in the developing ones.

Our problems become ever more interdependent. The euro has become its most acute symbol. The euro is a sophisticated instrument with many objectives, internal and external. It brings some benefits but also requires some discipline from everyone, like most cooperative ventures and things in life. However, participants are much more eager to savour the benefits than accept the constraints. So Greece is not ready to accept restrictions on its eternally bad governance, France doesn’t like the fact that a euro government requires . . . a real government, and Germany won’t admit that creditors and current account surplus states have to make an effort too. All of them want an omelette, but none of them is ready to pay for the eggs.

New times require new solutions. Far from remaining the centre of the world, Europe is turning into a slowly decaying periphery. The unemployed young have become a generation sacrificed. None of the big digital corporations come from Europe, and many creators leave for the United States. Many states’ finances are virtually bankrupt. The energy system is a mess, immigration a fiasco, and defence a joke. Furthermore, a belt of chaos is forming around Europe: Ukraine, Turkey, Syria, Iraq, Palestine, Egypt, Libya, Tunisia, Algeria.

Our problems make us constantly more interdependent, but our heads of government cannot resign themselves to more interdependent methods of management. On the contrary, confronted by new threats, they tend now to revert to older ways of thinking. Old independent states are trendy again, and if this goes on, before long the Congress of Vienna will become a fashionable new concept. However, borders cannot adequately protect us from the internet, external energy dependence, climate warming and even migration (look at the United States). Furthermore, our creaky old states are not enough to impress Putin or stabilise the Middle East. A growing abyss lies at the heart of the present crisis in Europe.