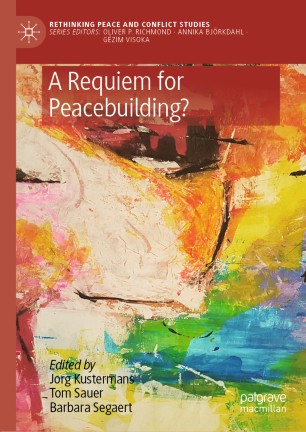 In spite of increased attention to women’s sidelining in matters related to peace and conflict, women continue to be marginalized in peacekeeping missions, peace negotiations and peacebuilding processes. Between 1990 and 2017, women constituted only two per cent of mediators, eight per cent of negotiators and five per cent of witness and signatories in all major peace processes (CFR & UN women 2018). Yet feminist research has long shown that states with higher levels of gender equality exhibit lower levels of violence during international disputes and crises (Caprioli 2009), and that the treatment of females within a society correlates with the security of states (Hudson et al. 2008/9), thereby providing instrumentalist reasons for striving towards a better gender balance following the end of conflicts. In addition, newer research has found a strong link between female political empowerment and civil peace (Dahlum and Wig 2018). While these arguments are instrumentalist, academics have also put forward rights-based justifications for increasing women’s participation, pointing at women’s right to not only participate but also to decide on the future of the post-conflict society. Both international institutions such as the UN and academic scholars therefore argue for women’s need to be included in peace processes to build a greater post-conflict gender balance and a more inclusive and durable peace (Björkdahl 2012; Bouta et al. 2005; Council of Foreign Relations & UN Women 2018).

This book chapter is available through open access until 8 April