Home > Publications > Does the European Union need a new target for renewables?

Does the European Union need a new target for renewables? 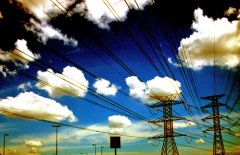 At the beginning of 2014, the European commission tabled a new Climate and Energy Package for the period 2020-2030. This new package proposes a new target for the development of renewables. Does it make sense?

Does the European Union Need a New Target For Renewables?

At the beginning of 2014, the European Commission put forward a new Climate and Energy Package that defined a fresh strategy for 2030. Among the proposals in this programme: a 40% reduction of 1990’s greenhouse gas emission levels, no target on energy efficiency[1], and a new EU-wide renewable energy target of 27% (which is legally binding but one fails to see the practical consequences for Member States that will miss it). In the current 20/20/20 package, the development of renewables was also accompanied by legally binding national targets. The idea of this new Climate and Energy Package is thus to abandon its national character and in fact its binding nature.

This element of the new package has provoked a lot of criticism from various corners. To sum up the arguments of  one side, many claim that the Commission is forgetting the absolute need to change the energy paradigm, that the EU’s external dependency is rapidly growing and needs correction, and that the development of renewables requires the definition of binding targets and incentives. The other side argues that the needs of competitiveness were underestimated in 2009, and that the national targets under the 20/20/20 package provoked a disorderly stampede for renewables and subsidies, which has in turn created growing imbalances and insecurity in the electricity sector. Meanwhile, the necessary infrastructure remains insufficiently developed.

Despite the innate contradictions, both sides have some points. The EU’s energy dependency is growing quickly. The production of local fossil fuels is diminishing. The continued use of nuclear energy has become more complex, to say the least. The current intense crisis with Russia reflects the fragility of an essential gas source. Finally, the multiple Middle East crises also expose the fragility of the oil sector. Renewables are thus clearly indispensible. However, this tells us nothing about the best strategy to support them in the long term.

They cannot be championed at the price of destabilizing the whole energy system, of working against gas and for coal, impeding the connections between national markets, and ultimately decreasing energy security. In the past, the EU has often progressed according to experiments, in a trial-and-error process. This is what we are living through now in the energy sector. It is important that we adjust to a great number of simultaneous changes.

Consequently, what the Commission is now proposing basically makes sense. We need to maintain a high level of ambition (and could thus maybe extend the long-term target a little), but also more flexibility. The competitiveness of renewables has already improved substantially – this is especially the case for wind and sun. This justifies the establishment of a more precise framework of subsidies, not only for renewables but also for capacity markets. Otherwise, too much taxpayers’ money is lost in the operation and the integration of national networks, which is another essential objective for reducing the global price of renewables will suffer.

This adjusted strategy will allow Member States to refine their approach when they discuss their national plan for energy, and will give the EU the opportunity to refine its approach concerning capacity markets. Our countries have undergone so many simultaneous evolutions that we need to master the consequences of those developments before taking on new commitments, which, if we are insufficiently prepared for them, could lead us into new problems. This requires, however, that the dialogue between the Member States and the Commission about national energy plans is a serious one, outlining commitments, defining real means, and covering all the parameters required to define a real energy strategy.

In this spirit, the EU budget should also contribute much more to the strengthening of networks (especially interconnectors), and to research and development. The last few years have indicated that a strong margin of progress exists for increased competitiveness in renewables. This will not, however, happen spontaneously, but EU initiatives in some areas can clearly get better results and reduce the global costs for consumers.

Finally, the change of approach must not weaken the public’s perception of our need for renewables. These are necessary to fight not just climate warming, but also a growing external dependency. Recent years must be seen as a period of warnings. The Fukushima catastrophe has re-confirmed the risks of nuclear power, and furthermore the grave need for higher safety standards (that come at a price). The destabilization of the Middle East is another risk, concerning petrol this time. The hidden war in the Ukraine is a third, threatening gas. The 2009 package was basically sound, but had no proper analysis of the collateral consequences for prices, networks and stability. Now is the time not to change course, but to steer better.

[1] Although now, the European Commission proposes and considers appropriate to reach an indicative target of 30% by 2030 regarding energy efficiency – see COM(2014) 520 final, p. 15.