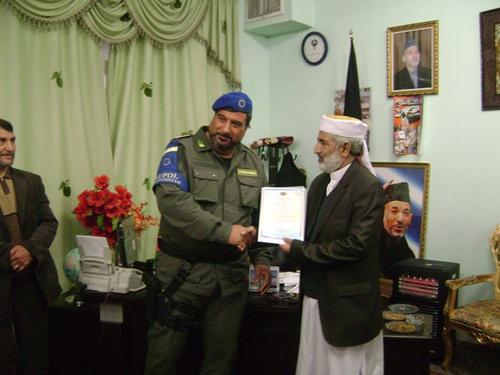 The international intervention in Afghanistan was a reaction to the terroristattacks on New York and Washington of 11 September 2009. At the time, the intervention could count on broad political support and the understanding of a large share of public opinion, also because of the UN mandate. Very quickly, remarkable results were obtained: ousting the Taliban from power, closing the terrorist training camps, undermining al-Qaeda as an organization and suppressing insurgent activities in large parts of Afghan territory. After a while a security situation was achieved which allowed for reconstruction in regions which had known nothing but war for thirty years. Significant political, economic and social progress was achieved in a relatively short term. Seven years later the optimist discourse has lost all credibility. The security situation is constantly degrading, not just in Afghanistan, but far into Pakistan as well, while tensions are mounting in the broad region. It has become clear to everyone that now, more than ever, a new approach, a different strategy is needed – muddling through is not an option. Nor is a hasty retreat: too many parameters have changed for the negative to allow that. Yet, defeatism, as it emerged a few years ago with regard to Iraq, is not now called for either. Paradoxically the current situation, bad though it may be, also contains the roots of a renewed and improved approach, thanks to a number of external developments. First of all the new US administration has opted for a new foreign policy, for which Afghanistan, and Pakistan and India, are clear priorities, while it also envisages a new policy vis-à-vis Iran. The situation in Iraq has seen major developments. In Afghanistan itself elections are planned later this year. The changed political and economic conditions in Pakistan lead to a change in policy towards Afghanistan and India alike. The interests of the three countries, relations between which historically have been marked by high tensions, are now converging. These developments have engendered more attention for the crisis by the EU, where the conviction is growing that “flanking measures” alone are no longer sufficient. The global economic and financial crisis has necessitated a reinforced dialogue between all global actors, including China. Thus, a new approach is not just vital – it is achievable. There is no lack of publications about Afghanistan, addressing such issues as the fragmented efforts of the international community, the shortage of military means, the unintentional but very negative side effects of military operations, the inefficiency of the donor community and of NGOs, the relative weakness of the Karzai government, wide-spread corruption and drug trade, the lack of involvement of Afghan local authorities and traditional and religious elites, spill-over towards Pakistan, the absence of economic perspective in the region… The question is whether this bottom-up approach, addressing the many dimensions of indeed very complicated crisis management, is sufficient to engender change in the current situation and eventually come to a successful solution. That immediately leads to another question: what is success? Which are the strategic objectives? Is there consensus about them in the international community, in consultation with Afghanistan? What is the position of Pakistan and India? A limited number of official publications do address these more strategic level issues. Such analysis always starts from a specific national perspective, which has its own logic and which emphasises the national contribution, while other actors are expected to fill the perceived gaps. All too often confusion is created – willingly or unwillingly – between strategic objectives and the means required to achieve them, which produces confusion at the political level and generates false hope among the local population. This probably explains why a sincere assessment of the indeed ambiguous, but at the same time ambitious objectives versus the required means is rarely if ever made. This is not without consequences on the ground. An international community which may rejoice in the active contribution of a panoply of actors with a wide range of instruments, is unable to achieve unity of effort. The perceived capability gaps are not being filled, while the lack of efficiency and efficacy of existing means leads to a demand for “more”. In the meantime the security situation is degrading and the effect of some of the earlier efforts destroyed. Increasing political tension between the international community and the Afghan authorities is the result, while because of spill-over effects Pakistan and India are becoming involved and, finally, tensions within the international community are rising as well, even between countries that jointly participate in operations or projects. This vicious circle must be broken. This Egmont Paper does not have the ambition to propose a fully-fledged strategy, nor to elaborate concrete actions, but aims to return to the core of crisis management in Afghanistan and stimulate a broad debate about a grand strategy. In a first part, it will analyze which were the strategic objectives at the start of the intervention and which steps have subsequently been taken by the international community that led to the situation we know today. In a second part, some recent ideas about key objectives and desired strategic outcomes will be assessed, to conclude finally with a number of recommendations to the international community, the UN, NATO, the EU, and their Member States, including Belgium. Like other Egmont Papers in this series, this publication is the product of an informal group of experts from academic, diplomatic and military circles, including, among others, Prof. Dr. Sven Biscop, Egmont, Alex Bracke, Ir. MA, Prof. Dr. Rik Coolsaet, Ghent University, Alexander Mattelaer, VUB, Jacques Rosiers, EAAB, Prof. Dr. Tanguy Struye, UCL, Ambassador Baron (Franciskus) van Daele, and Col. Patrick Wouters. My sincere gratitude to all members of the working group for their contribution; I of course assume responsibility for the text.
(Photo credit: EUPOL Afghanistan)