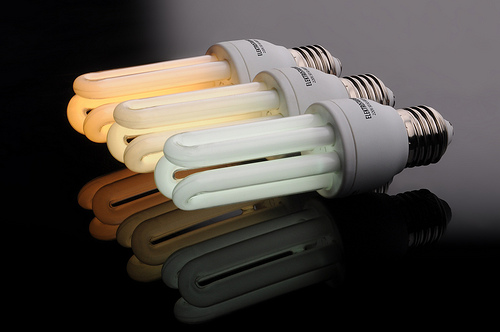 The EU’s 2030 climate and energy package and the Energy Union have both the ambition to create a framework that will lead the energy sector towards decarbonisation. However, if the legislative process to implement both these legislations does not develop a framework for sharing the costs and benefits among Member States, the latter will not be able to agree on the implementation of the fundamental transition of Europe’s power system.

The EU’s 2030 climate and energy package and the Energy Union have striking similarities that are politically intended. Both underline the ambition to create a framework that ultimately will lead the energy sector towards decarbonisation, increased use of renewables, more energy efficiency, a functioning European single energy market and increased security of supply. Setting targets is however not the same as meeting them, and the ongoing legislative process to create the legislation to implement the 2030-targets reveals a number of differences in member states’ interests. These interests seem to be based not only in large differences in the member states’ energy sector characteristics and natural resources, but also in their strongly differing political positions on for example renewable energy, shale gas and nuclear power. Thus, the legislative processes are and likely will continue to be challenging for all actors involved.

Any new climate and energy framework as discussed in the 2030 and Energy Union agendas will likely benefit some countries and industries and be negative for others. Policy makers need to face the inconvenient truth that goals of EU’s energy agenda such as increased sustainability and greater energy security will not automatically bridge the considerable geo-economic implications of the policies when they are implemented, such as the following:

The political challenges/difficulties for EU and national policy makers hence become clearer: Where the economic implications of EU’s energy policy agenda are at odds with the interests of influential national groups, national policy makers might argue that the agenda interferes with member states’ right to determine the conditions for exploiting its energy resources, their choice between different energy sources and the general structure of its energy supply (Article 194, 2 Lisbon Treaty). Moreover, the more effective EU energy policies are, the more the structure of Europe’s power system will change.Despite member states’ ambition to make strong commitments, the latest initiatives of EU energy policy raise questions whether consensus for effective measures to provide the necessary infrastructure can be found. Two sets of immediate questions appear in this regard:

1)    Which countries, regions and companies are likely to benefit or lose from the energy transition that follows the EU decarbonisation agenda, and how will this affect cooperation/conflict between member states on the European level of energy policy?
2)    Are the policy instruments the European Union has at its disposal sufficient to overcome potential barriersto furthering the energy agenda, and if not, how can they be improved?

To bridge the gap between abstract policy papers and binding legislation, a new EU framework to decarbonise the energy sector, integrate markets, increase renewables as well as energy efficiency, and diversify supply, hence requires at least two different key elements: First, trust and political will as a primary step to overcome the economic antagonisms that otherwise constitute a major impediment for the implementation of new measures and more integration in the field of energy. Second, a clear regulatory framework that eases the geo-economical concerns of member states through co-ownership of grid assets or co-decision making over grid operations (whether as a group of countries or on the EU level). Such a framework for sharing costs and benefits of the energy transformation needs to find answers to (at least) the following questions:

If the upcoming legislative process to implement the 2030 targets and to create an Energy Union does not develop a framework that addresses these questions, Member States will not be able to agree on the implementation of the fundamental transition of Europe’s power system. Consequently, the main question is whether the EU has the necessary instruments at its disposal to overcome the national concerns that counteract the EU’s recent initiatives in the field of energy. This touches upon core issues of political science, among others the transfer of sovereignty to the European level. However, political science has not discussed this issue and its implications in depth. Despite its highly political nature, most studies on this issue have an economic or technical background. What is needed is thus a cross cutting study which a) systematically sums up the contributions on the current state of play of the policies related to the cross-border integration of Europe’s power system, and b) discusses the implications of the findings for European energy policy from a political science point of view.