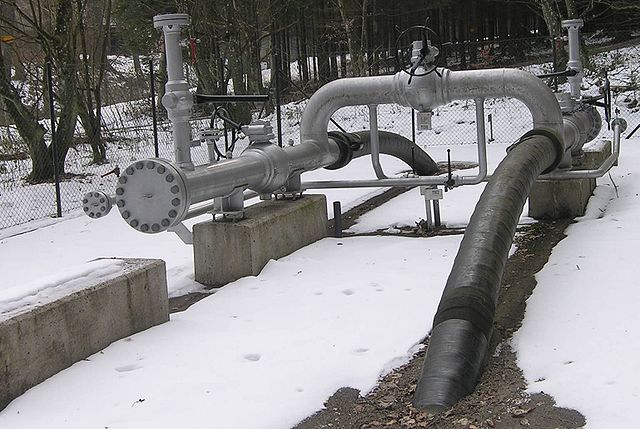 In 2014, a gas agreement was concluded between Russia and China. This agreement was meant to mark a major step not only in  the global energy market but also in geopolitics. It is now fascinating to observe what has happened during the last 18 months.

In May 2014, the Chinese and Russian governments concluded a gas agreement that was presented hyperbolically at the time as ‘the deal of the century’. In the eyes of the Russian authorities – then dealing with the reactions of NATO countries to their operations in Crimea – this agreement was meant to mark a major strategic and economic pivot from Europe to China. Vast quantities of Russian gas would be sold to China. Huge pipelines would be built. China would provide substantial financing to make this possible. Finally, further ground-breaking agreements would be concluded between Chinese and Russian corporations.

It is fascinating to observe what has happened during the last 18 months in this domain. The magnificent promises of May 2014 seem to have melted under the sun of harsh realities.

Some of this disillusion was difficult to anticipate at the time. Since May 2014, international energy prices have fallen, alongside a general decline of commodity prices. Oil prices in particular have been more or less halved, which has an indirect impact on gas prices. This naturally impacts negatively all huge energy producers, and especially Russia (which was already experiencing negative growth due to other factors). Furthermore, China’s growth has also undergone changes. Firstly, it has diminished, though it is difficult to know exactly by how much, due to the traditional opacity of the Chinese authorities. Secondly, it has changed in nature. Services are increasingly making up a greater part in the economy, at the expense of industry. This has an impact, because industry consumes much more energy than services.

Another part of this disillusion was, however, entirely foreseeable. Economically, the priorities of the two partners are not the same, nor are they strategically matched. Furthermore, the reliability of Russia in the provisioning of gas has not been enhanced during the last decade. Although China can be described as pursuing its long-term economic and strategic interests quite rationally, the same cannot be said about Russia.

It is worthwhile recalling the long negotiation about the building of the East Siberia Pacific Ocean oil pipeline (ESPO). For years, Russia pushed for the longer option of building the pipeline all the way to the Pacific, in order to be able to sell to other Asian markets. China wanted an exclusive link to North East China. Finally, in 2006, Putin agreed to build this ‘China spur’ to the ESPO. This was made possible by an ‘oil for loans’ agreement that took three years to negotiate. The China Development Bank granted $25 billion against Russia’s pledge to sell 15 million tons of oil annually for 20 years. The price was, logically, lower than for the European customers.

The context of the May 2014 agreement looks much the same, albeit with more complexities. Pipelines are more essential to gas transport than to oil transport. Risks are also higher. Profits on gas are lower for Russia than on oil. The international markets are undergoing huge changes due both to the explosion of shale gas and the expansion of liquid natural gas (LNG).

This time, Russia wants to promote a western route from its existing Siberian gas fields through the Altai region to Xinjiang. This would present a huge strategic advantage. It would allow Russia to switch from European customers to Chinese customers. Furthermore, the line is relatively limited. It also allows the exploitation of gas fields that have already been developed. China, however, requires another route. This eastern route (Power of Siberia) runs, once more, to the north east region. It is longer. It does not allow the switch between European and Chinese customers. Furthermore, it requires the development of new fields.

In May 2014, under the strategic pressure of Western countries linked to the Ukraine crisis, and after years of procrastination, Putin accepted a deal for the eastern route only. In response, China made important concessions. At the time, it was said that an advance payment of $25 billion would be made. China, it seems, accepted a price around $350 per 1,000 cubic meters. The price also seems to have been partially indexed to oil markets. The maximal deliveries will reach 38 billion cubic meters (bcm) per year. The precise conditions are not, however, public, because they are considered to be a trade secret.

During the November 2014 APEC summit, China and Russia reached an agreement that will see Gasprom sell 30 bcm per year over 30 years. This memorandum covers the western route this time, but it is a non-binding one.

Since then, this context has made the implementation of the May 2014 agreement more difficult. The decrease of gas prices, of oil prices, of Russia’s and China’s growth, are not favorable evolutions. According to some analysts, the oil indexation of the agreement has reduced the agreed price value by something like 25%. With much more difficult financial conditions in Russia, the apparent disappearance of China’s pre-financing and the absence of serious Chinese investments on the Russian side, it is far from certain that the deal is still profitable on the Russian side. Meanwhile prices have diminished substantially on the European market, which makes the Chinese price look more substantial.

This, of course, does not modify the long-term economic and strategic interests of both parties. China needs to diversify its providers, and Russia its customers. Generally, China needs more gas if it wants to steeply reduce its coal consumption and its greenhouse gas emissions. China needs gas for its north-eastern provinces in particular, as they are presently very polluted by coal, and lack any alternative energy source. China also prefers land-based supply routes to sea routes, through which 80% of its energy imports presently travel.

However in spite of these long-term interests, the medium-term economic hurdles are now  formidable. One gets the impression that both parties will need to make a reassessment, and find additional ways to spread the financing of these operations both in time and between them. In synthesis, China–Russia Energy is no pipe dream, but it is certainly no dream either. The pivot will remain limited and it will require more long-term investments.