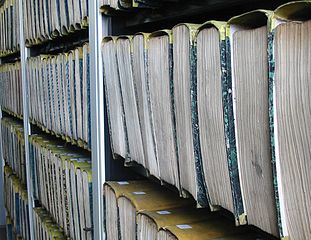 The adoption of the Services Directive in 2006 constituted the final act of one of the most controversial pieces of European legislation adopted in recent years. The ‘Bolkestein Directive’ envisaged freeing the provision of a large range of services within the EU. However, it was believed that the proposal would clear the way for social dumping and would lead to a race to the bottom regarding worker’s rights. In 2004, as part of the Lisbon Strategy, the European Commission intended to do away with the remaining obstacles to the internal market in services. A proposal for a directive set out a legal framework that would eliminate the obstacles to the freedom of establishment for service providers, remove the barriers to temporary service provision in other member states and fix detailed rules on mutual assistance and evaluation between member states. However, the idea of achieving freedom of almost all services by means of one single directive proved unrealistic. The controversy surrounding it lead to substantial changes during the legislative procedure. The final text has less far-reaching consequences, particularly because of the reduction of scope it underwent by introducing additional exclusions and derogations in it. These amendments gave it a considerably negative tendency, since more attention seems to be devoted to what is not regulated by it, than to what actually is. This is to a large extent the consequence of the zealous efforts of the European Parliament. Furthermore, it inhibits a number of legal uncertainties, due to careless redrafting of the directive. On a positive note, the Services Directive does contain a number of good elements. The codification of existing case-law in it is important, particularly concerning the right of establishment and the rights of recipients. The provisions introducing limited harmonisation regarding the quality of services and administrative simplification (e.g. points of single contact, applications via internet, the screening provisions of national legislation) will also be to the benefit of consumers and cross-border service providers. Regarding institutional matters, the European Parliament played a central role during the codecision procedure, which is positive from a democratic point of view. Questions can be raised about the way the European Commission initially handled the issue. The Prodi Commission adopted this high profile proposal only months before the end of its term and seemingly had not adequately prepared the ground for it. Finally, the Barosso Commission was wise to follow the European Parliament in most of its objections, after initially defending the proposal.
(Photo credit: Wikimedia Commons)