Linking cohesion policy to European economic governance: an idea up for improvement 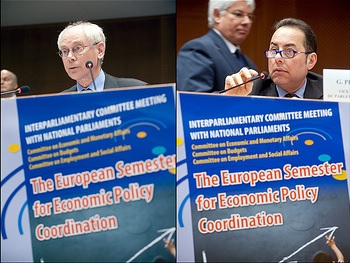 The idea of linking cohesion policy to EU economic governance has received the support of several EU institutions. The nature of such link is still to be agreed upon and is likely to lead to intense discussions. This Policy Brief argues that while the Commission’s envisaged proposal has its merits, it would nevertheless result in a partial and inconsistent link between the cohesion policy and EU economic governance. A more flexible and coherent approach is proposed.
(Photo credit: European Parliament)