Mr Fillon is becoming a growing problem for Europe 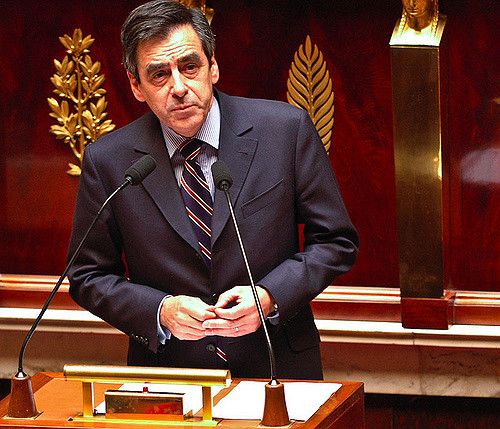 Most comments about the latest developments in the French presidential campaign have concentrated on their internal impact, and this is normal. One must now however underestimate their external impact, because it could become huge.

Mr Fillon is becoming a growing problem for Europe

Most comments about the latest developments in the French presidential campaign have concentrated on their internal impact, and this is normal. One must now however underestimate their external impact, because it could become huge.

The French election will be tremendously important for Europe. Challenges are mounting everywhere : the euro, immigration, climate, terrorism, energy, brexit, digital competitiveness, Trump, Putin, Ukraine, Syria,… you name it. France is one the biggest Member States, the second economy, and the most essential partner of Germany. It is thus essential that the election delivers a strong president. Electing Mrs Le Pen would make the whole European Union ungovernable (and would demolish the French economy). Electing a weak president would also be a huge problem.

From this point of view, Mr. Fillon looks like a very substantial danger. He is not alone. Mr. Macron does not explain clearly how he would get a majority in the coming Parliamentary election. He intends to field candidates, but they are not there yet, and certainly not elected yet. Mrs. Le Pen would encounter still more difficulties to get a majority, and could lead the country into a new very aggressive cohabitation period. But Mr. Fillon could do much worse than both of them.

From the beginning, Mr. Fillon’s defence has been weak and haphazard (which increases its weakness). Lately, he has been much more active in criticizing the French judges than in answering their questions. From the legal point of view, everyone must be presumed innocent. It needs to be repeated. The French Parliament allowed its members to employ members of their family. But they needed to pay for real work. It seems bizarre that until now material proofs of such a work remain nearly inexistent. There are also no precise testimonies. Additionally, it seems Mr. Fillon’s substitute in Parliament, who employed Mrs. Fillon during years (at a rate determined by Mr. Fillon, which left more or less nothing aside) has provided no material proof of work, nor precise explanation. Other collaborators are very careful and say nothing conclusive. Finally Mrs. Fillon herself explained repeatedly that she had not participated to the working life of her husband. Until now, all this does not make a serious legal defence – far from it. If no other justification comes, how will judges justify not opening an official proceeding in these circumstances ? What precedent would that establish ? The judges’ difficult position has not fully been measured until now.

Even if one assumes these events do not provoke open an official proceeding, there remains a heavy political burden. First, Mr. Fillon’s credibility has been badly hurt in the general public, and even partly in the Republican electors. His poll position went below 20 % (his decline had already begun with a weak management of his own austerity program post primary). Most revealingly, in the latest polls, Mrs. Le Pen is now reaching 35 % votes against Mr. Fillon in a second round.

Second, Mr. Fillon chose as trademark better management of public finance and more efforts by everybody. Even if he were elected, where would he find the legitimacy to implement such a “blood and tears” program, having done the exact opposite for his own family ? Furthermore, even elected, he could still have to deal with judicial proceedings. This would make his government extremely weak – not only in France, but also in Europe.

In sum, France and Europe need strongly operational presidential candidates, and Mr. Fillon looks less and less like such a candidate. In fact, wherever one looks, the Republicans seem to have only one floating alternative, who is Mr. Juppé. Not perfect, nobody is, but operational Mr. Juppé has a lot of experience. People tend to forgive more easily sins – especially old – committed for the sake of a party than for personal enrichment. He is candidate for a single mandate. Finally, Mr. Juppé enjoys better ratings for a second round. He knows however very well that he cannot not be a candidate again without Mr. Fillon’s total support.

Mr. Fillon’s strategy looks quite desperate. He seems to intend to survive and reach the candidacies’ deadline of March 22, and then constrain everybody in his party to support him “faute de mieux”. However this does not look like a serious strategy to become an operational president for France in very dire straits. Such an approach runs a serious risk of sinking his own party, possibly his country, and finally Europe.

Mr. Fillon had got an honourable carrier in his country until now. He said himself in the primary that “a presidential candidate must be irreproachable”. In all honesty, he should see that he does not fulfil his own conditions any more. He should weight very carefully whether he wants to see country handicapped by such huge risks. The impact of his final decision could be massive, including outside France.