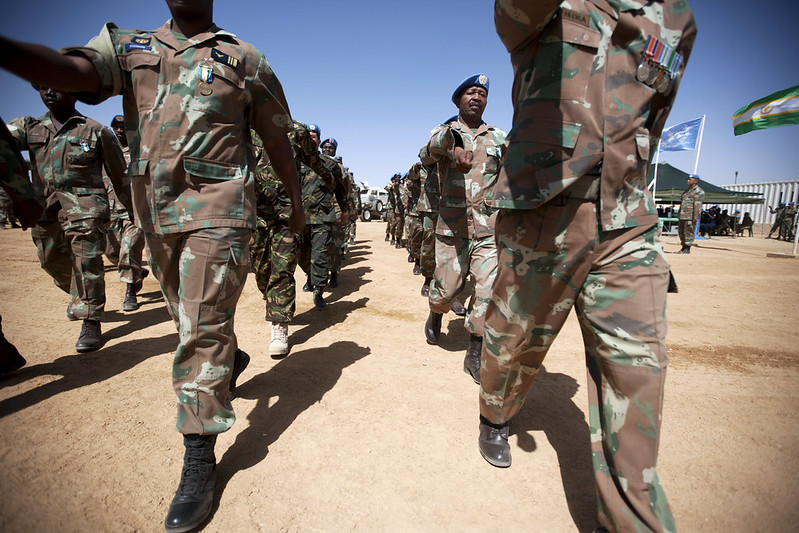 This study focuses on soldiers returning from peacekeeping missions and the challenges they experience adapting to the home environment in the postdeployment phase.  The article focuses on South African peacekeepers returning from missions in Darfur/Sudan, the Democratic Republic of Congo, and Burundi. Interviews with 50 South African peacekeepers on the challenges they face in terms of their homecoming, family reintegration, and military support were conducted.

Overall, the study found that both external military factors such as deployment length and nature of mission, and internal factors specific to the soldier affected reintegration.

We highlight three major findings of our study:
-Firstly, our analysis show that peacekeepers across gender, rank, and race identify the absence from their children as a major challenge.
-Secondly, while relational turbulence characterized by ambivalence and concerns about infidelity was prevalent among all, there was a clear difference in the answers between the male and female peacekeepers.
-Thirdly, a large majority voiced the need for more support from the military institution for their families, before, during, and after deployment.

This commentary  was first published in Armed Forces and Society (@AFS_SAGE).