Home > Publications > Permanent structured cooperation and the future of ESDP: transformation and integration

Permanent structured cooperation and the future of ESDP: transformation and integration 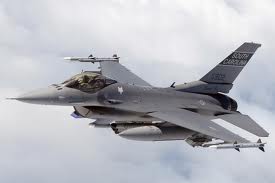 The efficiency problem of Europe’s armed forces is well known: of an impressive overall number of over two million men and women in uniform in the EU-27, only a meagre 10 to 15% are estimated to be deployable. The causes are manifold: the low cost-effectiveness of a plethora of small-scale capabilities, unnecessary intra-EU duplications, the presence of large numbers of quasi non-deployable conscripts, capability gaps in terms of ‘enablers’ (in particular strategic transport, command, control and communications), and, although all EU Member States are conscious of the challenge and are implementing measures, slow transformation nonetheless from territorial defence to expeditionary warfare. The question must be asked whether the existing mechanisms for capability development, in ESDP as well as NATO, are sufficient to achieve the required transformation within a reasonable timeframe. This article will argue (1) that the primary cause of this problematic state of affairs is the still almost exclusively national focus of defence planning, while capability gaps at the aggregate EU- and NATO-level are being ignored, and (2) that the only way to achieve the quantum leap that is necessary to realise defence transformation is through pooling which, by reducing intra-European duplications, can produce much more deployable capabilities within the current combined defence budget. From that point of view, it will analyse the potential of the Common Security and Defence Policy (CSDP) to be established by the Lisbon Treaty, and in particular of Permanent Structured Cooperation, the new mechanism for capability development for ‘those Member States whose military capabilities fulfil higher criteria and which have made more binding commitments to one another in this area with a view to the most demanding missions’ (Art. 28A §6). One could argue that thesolutions to Europe’s capability conundrum are in effect well known. The question is whether PermStrucCoop– or an analogous mechanism in case the fall-out of the Irish referendum proves deadly for the Lisbon Treaty – can be the platform that convinces the Member States to implement them.