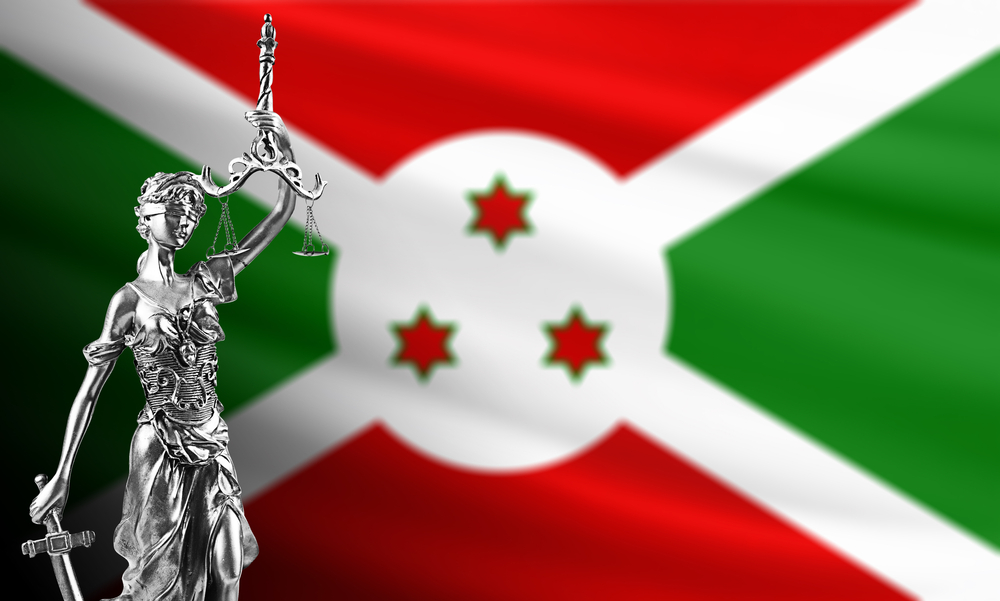 Since its independence, Burundi has been the theatre of violence and human rights violations that have left the population severely traumatised. A small landlocked country in central Africa, its internal dynamics, characterised by decades of political instability, insecurity, widespread poverty and poor human rights record, have constantly put Burundi in the list of Africa’s most fragile countries. Hopes for a democratic Burundi built on the multi-party inclusive system embedded in the Arusha agreement (August 2000), started to fade away with the boycott of the presidential elections by almost all the opposition parties at the 2010 elections. The repression of the popular demonstrations that followed the announcement of President Pierre Nkurunziza to run for a third mandate in 2015, in violation of the provisions of the Burundian constitution, subsequently raised important concerns for the direction the country was embarking on, away from the values of peace, security and development for all enshrined in the peace agreement signed in Arusha to put an end to decades of violence and instability.

The elections held in May 2020 represented for many a new beginning for the Burundian political environment. Before his sudden death in June 2020, the outgoing president Nkurunziza decided to step down and did not present his candidature for a fourth mandate. The elections, although held in the absence of international observers, were considered by international partners peaceful “enough”; the election of president Evariste Ndayishimiye was welcomed by international partners and the president’s initial public speeches focusing on his vision of a new Burundi, were considered a good first step towards turning the page of violence and instability.

Despite these improvements, several problems characterise Burundi today. The Imbonerakure, CNDD-FDD ruling party’s youth league, continue to be responsible for acts of violence against the population and against representatives of the Conseil national pour la Liberté (CNL), the main opposition party led by Agathon Rwasa. Efforts to change a whole system based on corruption remain to be seen. Political and democratic space keeps shrinking and raises serious questions about the tenure of the next electoral process that will include local and legislative elections in 2025 and presidential elections in 2027. Moreover, civil society representatives who fled the country in exile in 2015 do not see positive signs that the situation will improve. Last but not least, the justice sector in Burundi is weak and lacks the necessary independence from the political power. These tentative developments in Burundi have important implications for how the European Union (EU) should move forward in its relations with Burundi.

Up until the 2015 political crisis, the European Union was Burundi’s most important international financial and political partner. The violent repression of demonstrations organised against the decision of President Pierre Nkurunziza to run for a third presidential mandate marked the start of a difficult period for EU-Burundi relations that has lasted at least five years. Burundi has been under EU sanctions since March 2016 on account of its inability to respect its obligations under the Cotonou agreement relating to human rights, democratic principles, and the rule of law. The EU also adopted and recently renewed, individual sanctions against four individuals close to both the 2015 and the present regimes for their involvement in acts of violence, repression, grave human rights violations thus halting Burundi’s democratisation process. Moreover, in March 2016 the EU decided to end the political consultation process with the government of Burundi, under Article 96 of the Cotonou agreement and suspended direct budgetary support to Burundi and its institutions. The establishment of the UN Commission of Inquiry on Burundi in September 2016, through the UN resolution 33/24, contributed to further stretch the already precarious political relations between Burundi and its international partners.

Normalisation of the EU-Burundi relations

Since President Ndayishimiye was sworn in on 18 June 2020, the EU has noted several positive improvements. The 2020 presidential elections have been considered pacific and free and the lack of generalised violence has made it possible for the EU to “positivise” the elections and has paved the way for new EU-Burundi relations pushing the EU to call for Burundi to be taken off the UN Security Council’s agenda. This decision immediately triggered an invitation to the EU ambassadors by President Ndayishimiye and the Minister of foreign Affairs Albert Shingiro in December 2020. Since his election, President Ndayishimiye has made a series of public interventions expressing his wish to turn the page and start on a new path towards a more democratic country where abuses of power are no longer accepted. These declarations have been followed by the pardoning of journalists of the independent newspaper Iwacu and of more than 5000 prisoners, and the release of Burundian human rights defender, Germain Rukuki, detained for four years. Another noteworthy positive development has been the resumption of Burundi’s regional and continental diplomatic relations, strongly supported by President Ndayishimiye and marking a clear improvement compared to his predecessor.

The need for an independent inquiry mechanism

Notwithstanding these positive signals, human rights violations continue in Burundi and widespread impunity for violations and abuses remain a hard reality. Contrary to expectations raised by the president’s public speeches, there has been an increase in arbitrary arrests of political opponents, cases of torture, targeted killings, and forced disappearances. Since the establishment of the UN Commission of Inquiry (COI) in 2016, the institution played a vital role in investigating, monitoring, and reporting on these cases especially considering that the main Burundian and international human rights organisations have been prevented from operating in the country. Moreover, the national judicial system and the national human rights institution, the Commission Nationale Indépendante des Droits de l’Homme du Burundi (CNIDH), are considered to be lacking independence and are ill-equipped to investigate and report on politically motivated human rights violations.

Despite these shortcomings, and the evident need to maintain an independent inquiry mechanism in Burundi, the UN Human Rights Council decided, at its 48th session that took place from 13 September to 8 October 2021, not to renew the COI mandate. A UN special rapporteur will be nominated at its place, a solution that Burundian and international NGOs have judged as insufficient and inadequate. The doubts relate to the fact that such an expert would have limited space for monitoring and reporting, would be unable to ensure the same level of detail in the investigations as it would lack adequate human and financial resources. The focus an independent expert could ensure would be on technical assistance and capacity-building, a role that would be insufficient to address Burundi’s serious human rights situation. Last but not least, in the absence of a field presence of the Office of the High Commissioner for Human Rights (OHCHR), which was forced by the government to close down in 2019, there is no ongoing cooperation between the Burundian government and OHCHR which makes improvements in the human rights situation in the country even more difficult to achieve.

How the investigation, documentation and reporting human rights violations will be carried out remains to be seen. But with a weak national judicial system, a weak special rapporteur institution and a CNIDH that lacks independency, the need for a strong independent mechanism with a mandate to advance justice and accountability, including through establishing responsibilities and identifying perpetrators, is evident.

In its relations with Burundi, the EU finds itself in a ‘contradictory impasse’: while activating Article 96 of the Cotonou agreement brought few positive results in terms of respect for human rights, the EU seems to want to strongly rely on the weak advances made by the government to lift art. 96 and normalise relations with Burundi. Moreover, in November 2021 the Cotonou Agreement that regulates art. 96, will come to an end paving the way for a new diplomatic strategy for the EU and its partners. Therefore, it is vital at this stage to remember that diplomatic relations between the EU and Burundi should be strengthened based on a strong partnership where issues related to human rights violations remain central. A few advances and positive signals do not erase years of human rights violations and impunity. Any investigation mechanism adopted for Burundi, should have a strong mandate to keep monitoring and reporting human rights violations and restore justice in the country. The EU, by lifting art. 96, should put in place a regular political dialogue based on clear benchmarks related to the respect for human rights in order to improve the Burundian population’s human, social and political rights. Only with such an agenda in mind will Burundi be able to turn into a country of peace, justice, and democracy.

Camille Martin is a political analyst with a long-standing experience working on security, democracy, governance and human rights issues in the African Great Lakes region.