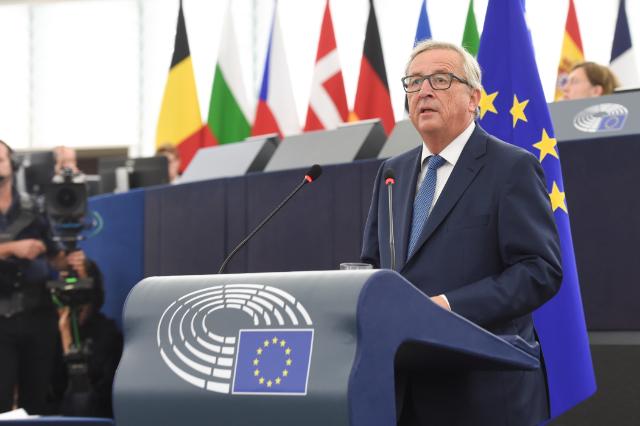 The 2016 political back-to-school session was officially kick-started with the State of the Union speech delivered by Jean-Claude Juncker, the president of the European Commission. It was shortly followed by the Bratislava ‘non-summit’ of the EU28-1 and the resulting Bratislava Declaration. Legitimate questions hover around the way the EU and the leaders of the Member States have so far reacted to current challenges. How should the EU respond to crises, or better yet, what does the EU actually need in order to exit its crisis mode and engage in a reformed, more democratic, impactful modus operandi? The current debate still revolves around the correct approach to the EU’s watershed moments. Some consider that the EU should be focused on concrete projects such as security, migration and jobs, while others believe the EU needs a revamp of its institutional design and granularity of the European political project. Both camps seem to exclude the possibility that these two approaches might in fact be complementary. The constant discussions over the kind of discussions EU should hold are obsolete and sap energy at a moment when the EU’s challenges are greatest.

Usually crises need swift and practical responses coupled with structural and longer-term changes to preempt future problems. The same principle applies to the crises we’re seeing today: concrete projects are needed with clear deliverables for EU citizens along with reflections on a common vision of the future of Europe.

Neither the State of the Union speech nor the Bratislava Declaration have convinced mainstream media about the commitments or the wind of change the EU leaders wanted to project. Moreover, most irresponsible , if not all, journalists, experts and political analysts decried the two events, calling them non-aspirational. Even worse, heads of state and governments in the EU appeared unaware of the severity of the situation and of the urgency of action required.

However, a different reflection on the State of the Union and Bratislava seems to indicate that they were in fact wake-up calls from the EU leaders. Indeed, Brexit generated a wave of shock and uncertainty, yet the remaining EU members can only take back control of the ideological rupture in the EU and grasp the chance to recover if they take immediate actions and enact mid-term institutional reform. President Juncker in Strasbourg and the EU leaders in Bratislava officially committed to sorting out together the future of Europe. These actions are hardly revolutionary, but they should not be underestimated; this time they come with clear commitments and precise deadlines for implementation. The sole exception in the priorities is defence, an area that has not been so explicitly revisited in years and surfaces now as a new ambition. The EU has been widely known for abiding by its soft power and normative stance. However, both the State of the Union speech and the Bratislava Declaration clearly state that soft power is not sufficient.

Juncker calls for a positive action plan and agenda for the EU and urges national governments to share responsibilities. He systematically listed precise actions and commitments from five different perspectives: a Europe that protects, that preserves the European way of life, that empowers its citizens, that defends, and that takes responsibility.

One could easily admit that these five perspectives reflect essential dimensions in which the EU is underperforming or should redouble its efforts. Certainly, some of them could have enjoyed more dedicated reflection and could have been more ambitious. For instance, Juncker did not elaborate on the Europe that protects. It is not clear whether he meant a Europe that protects just its citizens, or EU values and the human rights commitments that the EU preaches to others.

As for the empowerment of citizens, what is missing is any urgency for the EU (and its institutions) to open up to citizens and speak their language. As in previous years, the State of the Union was held in front of the European Parliament and the target audience  remained the European Parliament. Juncker rightfully notes the insufficiency of his speech, which perhaps didn’t even reach the national parliaments, let alone EU citizens. Should the EU just contemplate this disconnection or should it start changing the dynamic and begin to address the State of the Union to citizens too? The Spitzenkandidat achievement cannot be said to have reinforced the EU’s legitimacy if there is no after-effect – even one as simple as an annual speech addressed to citizens. The EU’s quest for legitimacy should not stop at the European Parliament elections.

The positive character of Juncker’s proposal could have been reinforced by clear references and actions taken from the Five Presidents Report. The report has been lying idle on the desks of presidents and analysts since 2014, and the principles and reforms it contains have not been put into practice. The political leadership to enact these proposed measures is still missing.

For the sixtieth anniversary of the Treaty of Rome in March, the Commission will prepare a White Paper on the future of EU. It should be ambitious if it is to match the expectations of EU leaders and citizens alike and it should have clear commitment points. While Juncker presented the Member States and the Parliament as contributors to this common vision, he seemed to leave out an essential element. Nowhere did the State of the Union speech mention civil society involvement in any process. The future of the Union relies on citizens; empowering citizens and civil society can only contribute to setting the appropriate level of approval for a consolidated EU.

It is easy to criticise what is done and what is proposed, so all commentators prefer to be sceptics. There are insufficiencies and they have different causes. We need to build a logic of true EU leadership in front of crises. Because if we want a better implementation of concrete action at the EU level, we need to clarify the role of each EU institutions. Again, if we don’t know what we want for the EU or who wants to sign up to this venture, it will be  difficult to produce good policies at the EU level. It’s time to think in another way, to see what is done well and to push to boost the EU. That doesn’t mean being naïve, it means being realistic in a good way. These are troubled times, but we know that it is in such times that we move in fresh directions.

Fabian Willermain is Research Fellow for the European Affairs Programme at EGMONT, The Royal Institute for International Relations.

Anca Cioriciu (Puie) is Policy Analyst for Transparency and Accountability with the Open Society European Policy Institute, and contributed for this commentary in her personal capacity.