Home > Publications > Skating on thin ice: Europe’s internal climate policy and its position in the world

Skating on thin ice: Europe’s internal climate policy and its position in the world 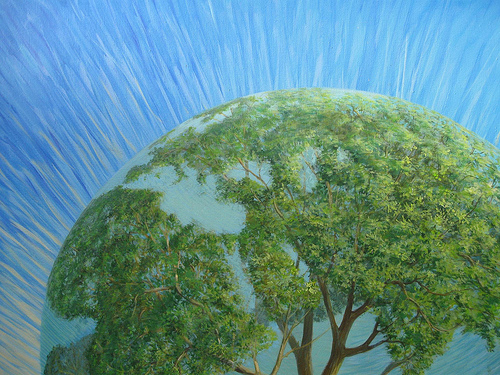 On 11 and 12 December the EU Summit may seal an historic agreement on the climate action and renewable energy package. At the same time the UN Climate Summit in Poznán is drawing to a close. The EU hopes Poznán will give a strong and positive signal to ensure negotiations on a post-Kyoto climate change agreement will be concluded at the UN Summit in Copenhagen next year. Being the driving force within the international climate negotiations, the EU’s leadership role hinges to a considerable extent on what it can achieve at home and hence in this case on what will happen at the EU Summit in Brussels. This new paper discusses the EU’s international climate change position and its relations with domestic climate change policies. Issues discussed are the role of the emissions trading scheme in the international carbon market; the potential use of trade measures by the EU when trading partners do not take up a carbon commitment; and specific design choices of the EU policies with relevance to the international negotiations, such as the new baseline year to measure emissions and a distribution of efforts on the basis of the prosperity of member states. The paper moreover discusses how the EU conducts climate negotiations and argues the sophisticated system may not be sustainable when the EU’s leadership role in the climate negotiations will come under pressure.
(Photo credit: Pierre Marcel, Flickr)