Home > Publications > The Age of Cameron: The end of British pragmatism in Europe

The Age of Cameron: The end of British pragmatism in Europe 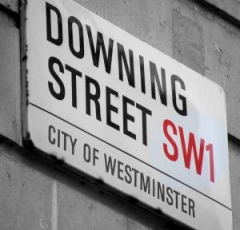 Since 2010, Cameron has accumulated tactical and strategic mistakes in the EU field. He picks now quite systematically fights that cannot be justified in his EU partners’ eyes. The UK Prime Minister has thus in fact become the best agent of UKIP, and the most solid support of Brexit.

The Age of Cameron: The end of British pragmatism in Europe
We had the Age of Heath, perhaps the only British prime minister with a real conviction about the need for European integration. We had the Age of Thatcher, where the lady switched from careful support to strident hostility. We had the Age of Blair, a mélange of hidden reticence and positive gloss. What we have seen during the last few weeks is something else again.

Of course, the media and the public tend to overestimate the role of individuals, and while they do matter, in reality, the place of the United Kingdom in Europe has changed because both Europe and the United Kingdom have been drifting, with feedback effects.

On one side, the rest of Europe is progressively strengthening its integration. Firstly, this is provoked by the euro. The financial crisis has imposed a lot of new shared solutions, often contested but multiplying nonetheless. However, despite the crisis, the euro continues to attract – bizarre as this may seem to some observers,. Step by step, it now unites 18 Member States. Secondly, from external energy dependence, to the growing trade power of China, the Arab Spring and the mounting ethnic war in the Middle East – not to mention Russia’s new territorial grabs in the neighbourhood – the multiplication of geopolitical challenges has led more and more people to realize that the Member States no longer possess the capacities they require to deal with them alone.

The United Kingdom is far from realizing this, economically, geographically and culturally. In ten years, British hostility towards immigration has grown considerably, so much so that some large parts of the political parties are now contesting the free circulation of people inside the EU (which they were promoting as recently as ten years ago). The 2008 financial crisis provoked a wave of banking re-regulation around the world, and thus aggravated the conflict between the United Kingdom and the EU on the subject. The general strengthening of economic cooperation inside the eurozone creates additional tensions. Many tectonic plates are moving, and not in the direction of simplification.

This difficult context has been, however, substantially aggravated by Cameron’s successive mistakes. The first was having the Tories quit the European People’s Party (EPP) group in the European Parliament. This drastically reduced the British Conservatives’ influence in the legislative process, prevented them from weighing in on the choice of a candidate for the Commission’s presidency, and finally increased the British malaise with the Parliament itself. The second mistake was blocking a treaty revision in December 2011 by demanding exemptions for British banks in the single market. This appeared not only disproportionate and dangerous for the single market, but also incoherent, since Chancellor Osborne was simultaneously pushing for more efficient cooperation between the Member States.

The third mistake was announcing a 2017 referendum on UK participation in the EU, and worse, linking it to a treaty revision. This provoked a general feeling of blackmail among other Member States. Moreover, the opening of a general treaty revision appeared to be politically very dangerous and time consuming.

The latest mistakes have compounded the previous ones. Concerning Juncker’s appointment at the Commission, the launch of a losing strategy was bad from the beginning, insisting on it was worse, and presenting a losing vote as a victory downright surrealistic. Occasionally, one got the impression that Juncker’s appointment was a covert announcement of the beginning of some kind of Fourth Reich. The disproportionate nature of the attacks, their ad hominem nature, and the absence of any consideration for the interests of other Member States, finally contributed to strengthen Juncker, which was probably not the original objective.

The recent plan of castrating (or abandoning) the European Convention on human rights is in complete contradiction with the constant UK diplomacy in Europe during the last 25 years. The UK has even promoted in this period the adhesion to the ECHR as a firm pre-condition to any EU adhesion. This proposal could facilitate a general reduction of human rights and democratic standards (and help various autocrats like Putin, Erdogan or Orban). Additionally, the Lisbon Treaty, ratified by the UK, obliges the EU to adhere to the ECHR. This is thus bound to provoke additional future conflicts.

Finally, Cameron’s latest refusal of the rise of the UK contribution to the EU budget, due to the reevaluation of the UK GDP has again increased the isolation of UK in Europe. Formally, it is extremely difficult to imagine that the UK government (who celebrated the said reevaluation a few months ago) was not aware of its implication. Everybody in government circles knows that GDP remains the main parameter in the definition of the budget contribution. This looks like sheer hypocrisy. Substantially, any exception granted to the UK will thus naturally be invoked by other Member States. Who will pay for the expenses then ? Again and again, the prime minister buries himself into a deep hole without any other exit than a Brexit. (Incidentally, here, he succeeds in making Farage look statesmanlike, which is something extremely difficult, and probably also not desired.)

Sometimes, one feels that the United Kingdom has ratified different EU treaties than the other Member States. The greater role of the European Parliament in the appointment of the Commission’s president is repeatedly presented as a ‘power grab’. This strengthening of the Parliament’s power was nonetheless written in the Lisbon Treaty. The debate about the European Convention on Human Rights is confused with the EU. The new British commissioner is presented as ‘the representative of the British interests in Brussels’, while the treaty specifies his independence from national interests. Similarly, the appointment of a British general secretary in the Commission (also independent, according to the treaty) is similarly presented as a great national success.

The most interesting question remains: what comes next? Both Cameron and Juncker are bound to declare they will collaborate, and they will. However, politicians have a natural tendency to overestimate their declarations’ positive impacts and underestimate the negative ones. These episodes clearly damage the EU’s image in the United Kingdom and the United Kingdom’s image in Europe. For one section of British public opinion, it deepened the perception of the Commission as an extremely powerful institution (which it is not), directed by a strong president (which it is not), focused on the diminution of the Member States (which it is not), and strongly politicized (which it is not). The UK Independence Party’s (UKIP) narrative has been strengthened one year before a national election. For some of the European public, the United Kingdom has become a bully using all available means to impose a negative and restrictive approach to European cooperation, and disdainful of anybody else. The opposition to any renegotiation of the treaty after 2015 has, in fact, been strengthened.

Here, too, facts weigh much more than words. Whatever Juncker and Merkel may say, or really believe, or imagine, the margin for satisfying Cameron’s desires is extremely limited. The United Kingdom does not need opt-outs in foreign policy, and already has them in the domain of law and order. The debate thus concerns essentially economic and social matters (and the spending programmes). In these matters, one needs to protect (1) the four freedoms, (2) fair competition, and (3) the balance between deregulation and regulation. Furthermore, the Commission will still need to convince the European Parliament. Not much margin there. The same applies to the British contribution to EU spending. The basic context remains the same: the EU is integrating and the UK government wants less integration.

Concerning the United Kingdom’s relationship with the EU, the real progress made in recent weeks has actually weakened Cameron’s re-election hopes for 2015. The intensification of fighting between the government and the EU has rarely strengthened the party in power. His endorsement of the UKIP speech is a very dangerous strategy. The odds that 2015 could be 1979 in reverse have marginally increased, with Miliband getting Thatcher’s minority of votes and majority of seats, due to UKIP’s negative absorption of Tory voters (like the Liberal/Social Democrats in 1983 and 1987).