Home > Publications > The blurring of Belgium’s security: deliberate or unintended?

The blurring of Belgium’s security: deliberate or unintended? 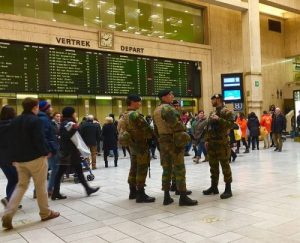 Since January 2015, the Belgian public has grown accustomed to the presence of soldiers in the streets, following terrorist threats and attacks. Their misson has been prolonged each month by the government and has now become “permanently temporary”. As a result, Defence has become the most popular public service in Belgium! Nevertheless, Wally Struys expresses serious doubts about the  cost-efficiency of this mission in the Belgian cities, considering the mission statement of Defence and its involvement in external operations.