Home > Publications > The EU-India summit: on the threshold of change

The EU-India summit: on the threshold of change 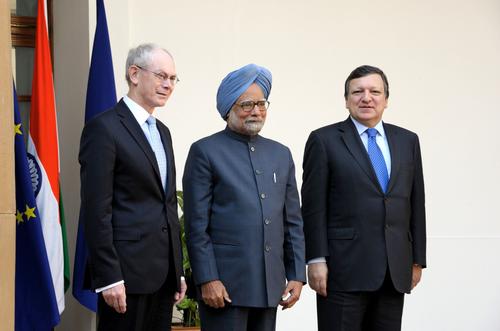 The EU-India partnership is entering a new phase. The frequency of bilateral meetings and consultations was increased prior to the EU-India summit held in New Delhi on 10 February 2012. The output of the summit shows potential for a step-change in bilateral relations, setting the stage for progress towards a more strategic partnership. Renewed political engagement from the EU side has been the main catalyst for  change. Important differences persist on international issues and at the multilateral level. But there has been a significant attempt to set the bilateral compact right. Over and above the customary menu of policy issues on the summit agenda, the EU and India managed to advance three areas of cooperation: trade, security and energy. The EU-India Broad-based Trade and Investment Agreement (BTIA) – the world’s largest of its kind – is to be completed this year. A new roadmap makes security cooperation between the EU and India more tangible. Energy cooperation has been broadened to include India’s development and environmental concerns.