The European Union launches a new, risky 2030 strategy for climate and energy 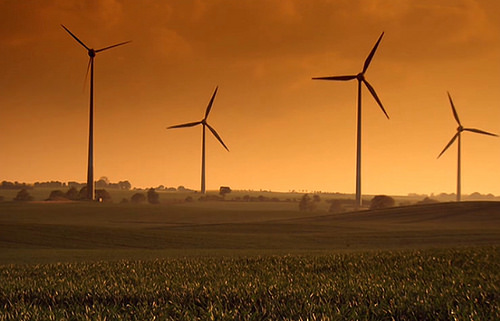 At its last meeting, the European Council agreed on the 2030 climate and energy strategy for the European Union. It foresees new targets for the reduction of greenhouse gas emissions, for renewables and for energy efficiency.
With this new strategy, what can we expect for the EU three essential objectives, i.e. sustainability, security and competitiveness?

THE EUROPEAN UNION LAUNCHES A NEW, RISKY 2030 STRATEGY FOR CLIMATE AND ENERGY

At the European summit of October 2014, the EU heads of state and government agreed on a new climate and energy strategy for 2030. In a nutshell, new targets were defined: for the reduction of greenhouse gas emissions (at least 40% compared to 1990, and binding), for the use of renewable energy (27%, non-binding at Member States’ level) and the increase of energy efficiency (27%, non-binding, and to be reviewed by 2020, bearing in mind an EU level of 30%). They also accepted a reform of the Emissions Trading System (ETS) system, based on a strategic reserve meant to reduce the volume of emission surplus sales. Half of the 40% target will be delivered by the EU ETS. No 15% interconnection target for 2030 was foreseen. Instead, the Commission will take ‘urgent measures’ to ensure at least 10% electricity interconnection capacity in the Member States currently below that level – notably the Iberian Peninsula and Baltic States – as soon as possible, and not later than 2020.

This decision has been welcomed, as usual, by a great variety of comments. According to Mr Barroso, ‘no player in the world is as ambitious as the EU when it comes to cutting greenhouse gases emissions.’ According to Greenpeace, on the other hand, the ‘deal on 2030 targets is just an opening bid. The EU wants its climate policies to become a model for global green development, but is decelerating its commitments, while China and the US are catching up fast. EU governments should increase their carbon emission pledge.’

With this new strategy, what can we expect for the EU’s three essential objectives in that domain – sustainability, security and competitiveness? It is essential to analyse this from a global perspective.

The first target (40% reduction of greenhouse gas emissions) does not make much headway into the long term objective described in the 2050 scenario of an 80–95% reduction. This is not a strong additional effort, but it is at least a step in the right direction. However, one essential obstacle seems to have been forgotten. The most important positive factor for the reduction of greenhouse gas emissions in the period 2008–2020 was . . . the never-ending economic crisis in Europe. If growth returns, the proper instruments for a 40% reduction will not be available. They will not, basically, because the other targets have been weakened and the ETS reform is clearly not enough to drive carbon prices sufficiently high.

The second target (27% renewable energy) is limited and non-binding. This is understandable considering the collateral problems generated by the renewables stampede of recent years. However, this has implications. Any increase in decarbonization must consequently come through other sources, and, clearly, so must increased security. Additionally, public subsidies for production need to be progressively phased out, but they should be increased for research and development. Neither of these potential drivers are included in the 2030 strategy.

The third target (27% more energy efficiency) is thus the weakest spot, even if the Commission proposes priority sectors in which energy efficiency gains can be made and addresses them at EU level. Without a much stronger carbon price, both in ETS and non-ETS sectors, and without very dynamic action regarding renewables, one fails to see where decarbonization will come from. This is especially the case if the EU also decides to rely less and less on Russian gas. It is hard to see where replacement gas could be found in the coming years at the same price level. The risk is thus that dirty coal, in a context of reduced nuclear activity and insufficient development of Carbon Capture and Storage (CCS), will finally become the main adjustment instrument of the EU strategy.

Where does this leave the EU’s three strategic objectives?

Regarding sustainability, results are far from guaranteed. The same applies to security.  Competitiveness could be better accommodated, but only at the cost of the two other objectives. This is not extremely surprising. The comparison between the European Council conclusions in 2008 and 2014 is telling. In 2014, ‘the European Council recalls its goal to build an Energy Union aiming at affordable, secure and sustainable energy, as stated in its Strategic Agenda.’ In 2008, this list of priorities was rearranged into ‘EU sustainable development, competitiveness, security of supply.’ There’s a message in the word order. Like the United States or Australia, the EU of 2014 seems to be suffering from some kind of carbon fatigue, reducing the priority given to the climate threat, although this is not as vividly expressed.

A lot will of course depend on the implementation mechanisms. Will there finally be a substantial reduction of the ETS allowances? Will the governments use the free permits allocated to their power generators in a more sustainable way? Will the national strategy instrument be more efficient? From this point of view, the message of the European Council appears rather mixed.

A lot will also depend on other measures, like the progressive integration of the national subsidies for renewables, for example. Or the improvement of the networks required for the expansion of renewable electricity. In recent years, we have seen quite clearly some kind of ‘renationalization’ of the energy policy. This could ultimately provoke some disruption in the energy single market, as illustrated by the growing repercussions of the increasing fluctuations of renewable electricity in Germany.

However, with a single binding target of 40% greenhouse gas emission reduction, based on what has until now been a rather mismanaged instrument, the new EU strategy seems quite risky. Though many things remain impressionistic and many others can change, at first sight the numbers simply do not add up.