Home > Publications > The European Agenda on Migration, or, the timid beginning of a genuine common European migration policy

The European Agenda on Migration, or, the timid beginning of a genuine common European migration policy 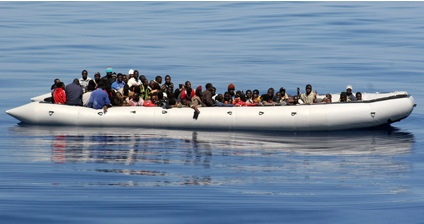 The European Agenda on Migration, or, The Timid Beginning of a Genuine Common European Migration Policy

The European Agenda on Migration, a beautiful box full of wishful thinking

On 13 May, the European Commission presented its European Agenda on Migration as a response to the crisis situation in the Mediterranean. This agenda develops an impressive list of responses, combining internal and external policies, making use of EU agencies and tools, and involving EU Member States and institutions. Divided into two parts: the immediate actions required and a focus on structural reforms of EU migration policy.

The immediate actions involve (1) tripling the capacities and assets for the Frontex joint operations Triton and Poseidon in 2015 and 2016; (2) proposing the first ever activation of the emergency mechanism to help Member States confronted with a sudden influx of migrants under Article 78(3) TFEU; (3) a proposal for a permanent EU system for relocation in emergency situations of mass influxes by the end of 2015; and (4) the establishment of an EU naval operation under the Common Security and Defence Policy (CSDP) in the Mediterranean to dismantle traffickers’ networks and fight the smuggling of people.

The structural reforms are based on four pillars: (1) reducing the incentives for irregular migration; (2) saving lives and securing the external borders; (3) strengthening the common asylum policy; and (4) developing a new policy on legal migration.

One thing is clear: this is exactly the same situation as last year. A humanitarian disaster followed by an extraordinary European Council and some immediate (re)actions aimed at saving the EU’s image. Last year, after the Lampedusa tragedy, the Commission launched a ‘task force Mediterranean’ that had to propose concrete solutions on migration in the mid-and long term. And that was the end of the story!

This year, following another tragic mass drowning in the Mediterranean, the European Council rallied, and a few weeks later the Commission proposed its Agenda on Migration.

It could be argued that there’s nothing new under the sun. However, for the first time some real structural reforms are on the table. The question is, will EU leaders act on their responsibilities or at least implement what they approved in June 2014?

The Juncker’s Political Guidelines already outlined the need to secure Europe’s borders: ‘We need to step up the operational capacities of the European border agency Fontex. . . . We need to pool more resources amongst Member States to reinforce the work of Frontex and put European Border Guard Teams into action for quick deployment in Fontex joint operations and rapid border interventions. This is the joint responsibility of all EU Member States, North and South, which needs to be taken up in a spirit of solidarity.’

The EU migration policy and the management of the EU’s common external borders were also at the core of the post-Stockholm programme adopted by the European Council in June 2014. More importantly, one of the main priorities of the ‘Union of freedom, security and justice’ pillar of the ‘strategic agenda for the Union in times of change’ was ‘better management of migration in all its aspects.’

The European Council of June 2014 had yet called for the establishment of European guards ratings: ‘A comprehensive approach is required, optimising the benefits of legal migration and offering protection to those in need while tackling irregular migration resolutely and managing the EU’s external borders efficiently.’

EU leaders have to bear in mind that migration should be seen as both an opportunity and a big challenge for the EU. Indeed, this is the occasion for the EU to demonstrate its capacity to act in solidarity and in a responsible manner. The fact that the EU and its Member States have taken immediate actions is a good step, but is certainly not enough. The migration crisis revealed once more that the actual EU migration policy has failed.

Migration is no longer a national issue, it has become a European one. Indeed, the Schengen philosophy consisted of two parts: eliminating internal borders and reinforcing the external border. The fact is, we don’t really apply the second element. We have left this mission to frontline Member States. But it is impossible to continue in this way, because today migration is clearly a European issue and should be managed at EU level. The Schengen area requires an efficient management of the EU’s common external borders to ensure strong protection. It is clear that no EU country can or should be left alone to address huge migratory pressures.

The crisis in the Mediterranean has revealed much about the structural limitations of EU migration policy and tools. The EU needs to strike the right balance and send a clear message to Europeans that migration can be better managed collectively. The EU should still be focused on ensuring that a Europe in demographic decline remains an attractive destination for migrants, notably by modernizing and overhauling the Blue Card Scheme.

The last point I want to make concerns the funding sources of the new agenda. To the question, how will the European Agenda on Migration be financed? the Commission responds bafflingly: ‘The overall level of payments in the 2015 budget will thus remain unchanged.’ Once again, the funds for the immediate actions will be absorbed from the EU budget but are currently mired in the usual Brussels technocratic procedures.

Finally, the Foreign Affairs Council of the 18 May agreed to establish an EU military operation – EUNAVFOR Med – to target gangs smuggling migrants from Libya. If in the short term, this could be seen as a good signal, it is also a dangerous signal. First of all, neither migrants nor their countries of origin are our enemies. The EU should not be at war with migrants.

Moreover, officially these missions are not being deployed to save the migrants, but ‘to break the business model of smugglers and traffickers of people in the Mediterranean.’ However, one of the main rules of international waters is that when you receive a rescue alert you have to rescue the people in danger. All captains have the obligation under international law (Solas Convention, the Global Maritime Distress and Safety System or theInternational Convention on Maritime Search and Rescue), to assist a ship in distress and to save anyone who might need it. They are then forced to lead in the “safe place”. In other words, the EUNAVFOR Med mission will also have a mission to rescue migrants. Actually, the actual Triton mission is currently not mandated to carry out search and rescue operations but can help when it comes across a boat in distress.

Furthermore, this migration crisis is happening at a time when Europe is dealing with growing extreme nationalist sentiments that have recently become a troubling fixture of its politics. Anti-immigration approaches are ever more important in the national politics, and political leaders seeking to be elected are adopting this vision. By contrast, those who speak of the dangers of a ‘fortress Europe’ and who don’t want to use the word ‘border’ will at the end of the day hand over power to the parties calling for the return of national borders.

To conclude, the priority should be to increase the mandate and resources of the European Frontex agency. Along with the creation of safe and effective legal channels for asylum seekers, the EU needs a centralized European system for processing asylum applications. In fact, it is simply the implementation of the article 67(2) TFEU which call the EU to ‘shall frame a common policy on asylum, immigration and external border control, based on solidarity between Member States.’

So we can raise the question of timing: when will it be the right time to change European policy concerning the management of external borders? In the wake of this Communication, we need a legislative proposal that turns words into reality. It will be time for EU leaders to answer to their responsibilities.