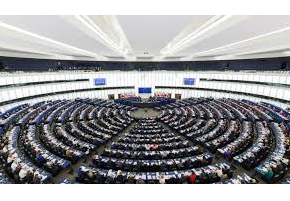 The European Parliament has postponed its decision to ratify the Trade and Cooperation Agreement in reaction to the UK’s newest violation of the Withdrawal Agreement. It remains unlikely that the Parliament will torpedo the Agreement, but it should use this occasion to secure a more prominent role in its implementation – and those of future EU trade agreements.

This opinion was first published by EPC, on 05 March February 2021.

The European Parliament has postponed its decision to ratify the Trade and Cooperation Agreement in reaction to the UK’s newest violation of the Withdrawal Agreement. It remains unlikely that the Parliament will torpedo the Agreement, but it should use this occasion to secure a more prominent role in its implementation – and those of future EU trade agreements.

Considering that the EU and the UK only managed to agree on the Trade and Cooperation Agreement (TCA) at a very late stage (i.e. a week before the expiry of the transition period under the Withdrawal Agreement), it is provisionally applied from 1 January to 28 February, “or another date as decided by the Partnership Council”. Since it was concluded as an Association Agreement (AA) pursuant to Article 217 TFEU, both the Council and European Parliament must first approve the Agreement before it can fully enter into force.

The European Commission and Council avoided the long and unpredictable ratification procedure typical of mixed agreements by opting to sign and conclude the TCA as an ‘EU-only’ AA. This is a remarkable move, as AAs are traditionally concluded as mixed agreements. However, “[i]n view of the exceptional and unique character” of the TCA, the Council decided to exceptionally exercise shared Union competences for several provisions of the TCA (e.g. social security coordination, aviation traffic rights), thereby avoiding long and unpredictable ratification procedures by the 27 Member States. It also de facto upgrades the European Parliament’s role, which is now the only directly elected assembly that has a direct say in the conclusion of the TCA.

Provisional application is a standard EU treaty-making practice. In the case of the TCA, there evidently was the urgency and need to ensure continuity between the end of the transition period under the Withdrawal Agreement and the application of the TCA. Typically, the international agreements negotiated by the EU do not contain a fixed end date for provisional application (other than the date on which the agreement enters into force) and therefore neither an extension clause. The unique solution opted for in the TCA seems to be a compromise between the UK, which was not in favour of provisional application, and the EU, to give the European Parliament and Council the time to scrutinise and ratify the Agreement.

Flexing the muscles on ratification

While the European Parliament has expressed its dissatisfaction with the limited period of provisional application to scrutinise the TCA, it is now exploiting to the max the short time given to review this landmark trade deal. The European Parliament Committees on Foreign Affairs and International Trade are the joint lead Committees for this consent procedure and are preparing the recommendation for approval. 16 other Committees have also adopted Opinions on the TCA. But as the Parliament and Council needed more time to scrutinise the Agreement appropriately, to account for the time needed to complete the legal-linguistic revision and authenticate all language versions, the Commission formally asked to extend the provisional application to a date later than 28 February. Although the UK was reluctant to concede, the Partnership Council adopted Decision 1/2021 on 23 February, which extended the provisional application until 30 April 2021 unless the Agreement enters into force before that date.

Until early March, there was little doubt that the Parliament would approve the TCA. Now, the UK government’s decision on 3 March to unilaterally extend a grace period on a range of checks on trade between Northern Ireland and Great Britain seems to have shifted the Parliament’s mood and infuriated the Commission. Commission Vice-President Šef?ovi? stated that it is the second time that “the UK government is set to breach international law.” The move would violate the Northern Ireland Protocol and the Withdrawal Agreement more generally, thereby also undermining the Joint Committee’s work. The Commission is currently exploring its legal options, such as initiating an infringement procedure under Article 12 of the Northern Ireland Protocol and/or triggering the Withdrawal Agreement’s dispute settlement mechanism.

Although the Parliament is flexing its muscles on the approval of the TCA, it remains unlikely that it will vote it down. But if it does postpone its approval of the TCA until or after late April (e.g. after the Parliament’s plenary session on 26-29 April) to pressure the UK, the EU will most likely need to request another extension of the provisional application by the Partnership Council beyond 30 April. The UK, which would need to agree to this, would not welcome such a request. This could bring back the possibility of a no-deal scenario.

Flexing the muscles on implementation?

The Parliament is also pushing for a stronger involvement in the implementation of the TCA. The Agreement gives broad powers to the Partnership Council and other joint bodies to deepen its commitments and broaden its scope. Again, this is not unique: EU trade agreements are increasingly making use of such bodies and with more extensive competences. The Parliament is not involved in the decisions taken by such joint treaty bodies, as they are neither represented in the bodies nor participate in their internal procedures.

Considering the increasing importance of such joint bodies, the Parliament has been pushing for a stronger involvement in these procedures to strengthen democratic legitimacy through parliamentary oversight. However, interinstitutional negotiations on this issue have been stuck for a while. This is the case, for example, with the stalled negotiations on “improved practical arrangements for cooperation and information-sharing within the framework of the Treaties”, as envisaged in the 2016 Interinstitutional Agreement on Better Law-Making.

It appears that in the context of the TCA, some progress has been made. The Agreement will establish a Parliamentary Partnership Assembly with representatives from the European Parliament and the Parliament of the UK. This Assembly may request information from the Partnership Council and will be informed of the latter’s decisions and recommendations. An important innovation is that the Assembly may make recommendations to the Partnership Council. However, this arrangement does not cover the TCA’s specialised committees, which will also have wide implementation powers.

Moreover, the Commission made a unilateral commitment to brief and debrief the Parliament before and after the meetings of the Partnership Council and of the specialised committees. Furthermore, it promised to share all of these joint bodies’ documents (e.g. draft agendas, proposals for Council decisions establishing the Union position) at the same time it shares them with the Council. The Council, on the other hand, remains more reluctant and, in the draft Council Decision approving the TCA, only committed to putting the European Parliament “in a position to exercise fully its institutional prerogatives throughout the process in accordance with the Treaties.”

Just as the Parliament won the right in comitology to be fully informed of those committees’ dealings after a decade-long struggle, the TCA may prove to be the starting gun in the next battle for closer involvement in the work of bodies set up under international agreements. Like the Commission, the Council should come round to the idea that a closer, more structural involvement of the Parliament in the implementation of agreements like the TCA is necessary from a democratic perspective.

As such, a proper interinstitutional agreement on the Parliament’s strengthened role in the implementation of EU trade agreements is imperative. This would also facilitate interinstitutional cooperation during the negotiation and conclusion phases of trade agreements, since the Parliament would have reassurances that it is properly positioned to follow up on its concerns and priorities once the agreements have entered into force.

Guillaume Van der Loo is a Research Fellow at Egmont and EPC.

Merijn Chamon is an Assistant Professor of EU Law at Maastricht University and a Visiting Professor at the College of Europe (Bruges).

This commentary is a joint EPC-Egmont publication, part of a broader partnership that focuses on exchanging expertise and analysis on EU affairs and the EU’s role in the world