Home > Publications > The EU’s sanctions against Syria: conflict management by other means

The EU’s sanctions against Syria: conflict management by other means 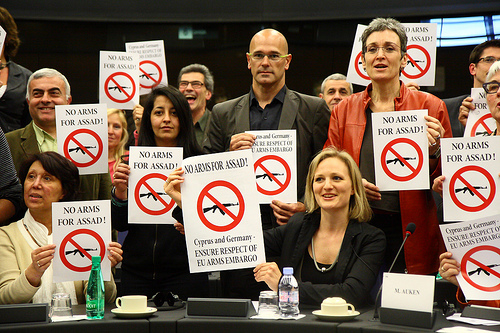 Since May 2011, the EU has launched one of its most far reaching and sophisticated sanctions operations in support of the protests against the current regime in Syria. The present brief examines the measures wielded by the EU, its expected impact and its implications for the EU’s relations with its global partners. While seriously undermined by the lack of support of Russia, the sanctions are having a noticeable economic impact. Yet, the choice of measures is ill-suited to stopthe bloodshed. The sanctions have also served to (re)define partnerships with other powers, both in the Middle-East and globaly.
(Photo credit: Greens-EFA, Flickr )