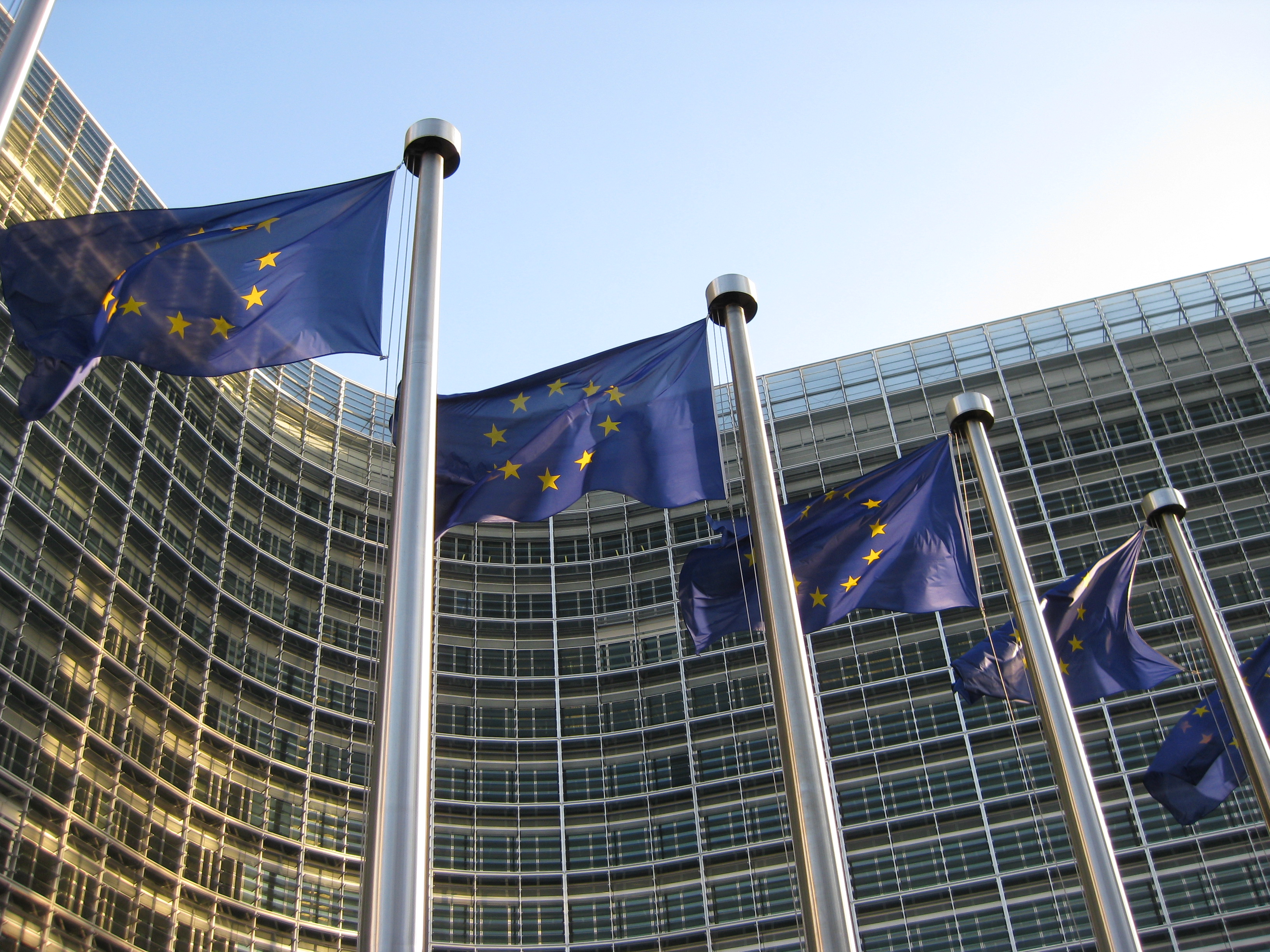 On the 26th November, the new President of the Commission unveiled the mobilization of €315 billion in public and private investments. Will this ambitious plan really create jobs and stimulate the EU economy? It perhaps sounds more like a strategic communication plan for the new EU executive.

On the 26th November, Jean-Claude Juncker unveiled the mobilization of €315 billion in public and private investments tailoredto fit strategic infrastructure fields, and intended to restore the lost glamour of the European economy. This initiative spelled out the first economic priority of the political guidelines Juncker promoted during his electoral campaign.

‘The Investment Plan for Europe’ might sound like a coveted panacea, designed to delight the main political families of the European Parliament, but the practicalities presented last month revealed instead the complexities inherent in the ambitious plan.

The plan is designed to generate between 1 and 1.3 million new jobs in the EU, and it projects an increase of EU GDP from €330 to €440 billion over the next three years. The operating tool for the investment plan will be a new European Fund for Strategic Investments (EFSI), managed by the European Commission and the European Investment Bank (EIB). A joint Commission–EIB Task Force would have the crucial role of assessing which projects meet specific criteria and are eligible to benefit from the financing.

Leverage is the key word for the entire mechanism, as the fund will be made up of €16 billion in guarantees already earmarked by the Commission (i.e., shifting some parts of the EU budget, like the flexibility margin), while the EIB will commit €5 billion. Member States are also encouraged to invest in the fund, as their individual contributions will not add up to their deficit at the time of the European Semester calculations. The risk absorption to which Member States and the EU commit should encourage private investments in ambitious infrastructure projects.

The EU market holds many liquidities, yet the propensity to invest is still at low levels. In addition, the latest economic data shows that investments in the EU have dropped year on year since the crisis.[1] The strong stimulus proposed in the plan is nothing but a pure Keynesian response to what the Commission itself admits to be a market failure. European policymakers have acknowledged that market forces were insufficient to address the challenge of restoring competitiveness and growth.

So far so good, but this ambitious plan has been equally welcomed and criticized. A stimulus based on financial engineering, using modest public guarantees in the hope of mobilizing investment funds, is open to harsh criticism from economists and specialists. Despite the Commission’s ubiquitous promotion of the scheme, there is still room for pertinent questions and observations.

How adequate is the EU’s contribution and how feasible is the estimated 1:15 leverage?

How reactive would the investors and the SMEs be to the riskier projects in which they would need to engage?

Not only does the €21 billion already exist – it cannot be called ‘new money’ – but furthermore, the proposed 1:15 leverage ratio comes with a towering question mark over its feasibility. The EU’s €16 billion funds have merely been shifted from the existing margins in the EU budget and allocations of the current programmes, Connecting Europe Facility and Horizon 2020. The only real injection of fresh capital is the EIB’s €5 billion. SMEs will have their own allocated share of €5 billion of the €21 billion. In both cases, the 1:15 leverage is highly contingent on private investors’ propensity to take high risks – a sensitive issue. To say the leverage ratio is optimistic is an understatement. It is more like themiracle of the seven loaves and fish. Indeed, investors are expected to bankroll five times more than they borrow – thus eventually conjuring up the 1:15 multiplier. The big question remains, however, whether private companies will act as the lynchpin of the entire mechanism by actually implementing the projects. Also, Bruegel scholars correctly point out that it is not clear whether ‘the public resources will really serve as a first loss guarantee or whether they are only part of the risk sharing.’[1]

In reality, given the EU’s limited resources, this plan is meant to be merely the ‘jump cables’ for Europe’s ‘economic kick-start’.[2] The ambitious calculations are actually aimed at removing ‘the fear factor,’ and the blueprint is merely an ‘assumption based on EU and EIB’s experience,’ as Jyrki Katainen acknowledged.[3] Moreover, some voices are already predicting that the Member States would be highly reluctant to participate directly in the investment fund.

How necessary are the newly established structures? How will the EFSI and the Commission–EIB Joint Task Force be able to reach the goals in an objective, independent and optimal manner?

The Commission was not very clear in its justifications for the creation of new governance bodies (the Fund and the Task Force). The explanation lies in the different risk profiles of projects that have previously been financed by the EIB and will henceforth be financed via the EFSI. Building instead on the existing EIB structure by further increasing its capital would, to some extent, have been an equally efficient option to make the plan operational.

The investment plan states that the Task Force or ‘Investment Committee’ alone will make decisions on the strategic projects to be funded through the EFSI. Thus, it is indisputable that this committee will be the core of the entire Investment Plan for Europe. The Commission and EIB experts will ‘validate every project from a commercial and societal perspective’ by using three criteria: a) European added value, b) proven sustainability and economic value, and c) the invested capital to be spent between 2015–2017. It is crucial that the selection committee will be able to identify the best projects, ideally those that complement existing investments, and the high-risk ones that would not have been picked out during the crisis.[1]

EU officials are pledging that there will be no pursuit of geographical or sectoral balance, but rather the financing of optimal projects. However, one cannot overlook the fact that certain countries have been seriously affected by the crisis and the subsequent austerity. Thus, the geographic component should not be neglected.

Furthermore, Juncker proposes that there will be no place for any sort of politicisation of the plan and of the priorities.[2] However, it is possible that this week’s European summit will become the scene of traditional haggling between capitals. To sum up, against this background of pledges and political bargaining, the integrity, independence and reliable expertise of technocrats is a credibility test for the EU as a whole.

Will the plan actually create the number of jobs predicted?

The Commission does not provide any empirical data that gives a breakdown of how the ambitious total of 1.3 million new jobs would be achieved – it is purely based on estimates. Given that the plan will comprise various operations that will have a higher or a lower multiplier effect – depending on the mix of activities – it’s clear that the estimated number of jobs will fluctuate from project to project. Once again, the pivotal aspect lies in the committee’s decisions, as the best projects will clearly reach the multiplier predicted to trigger a significant leap in job creation.

My last main observation on ‘Europe’s New Act’ is that it is actually an impressive strategic communication plan. The strong emphasis on impactful visual advertising and on the availability and openness of information (dedicated Twitter hashtag, customised website section, well-illustrated videos, dedicated LinkedIn discussions and interactive explanatory maps) indicate a change in tactics. The new leadership is trying to change the EU’s image. It should no longer be viewed as an austerity EU, but as a committed proponent of prosperity and economic benefits for its citizens.

Conclusion – a good start, but what else?

To conclude, after years of shock therapies with negative social effects, this investment plan aims to rebuild trust in the EU. The projections for the plan no longer demand austerity, but actual economic growth through financial stimuli. In addition to the usual monetary interventions, money has been set aside for the real economy. The investment plan provides solutions to bridge gaps by mobilizing private investments alongside public financing. It is indeed a good start, but by comparison with the more determined $800 billion US re-launch plan of 2009, Europe needs a much bigger boost to get back on track. Residual questions such as whether the selected projects would truly create jobs, or would actually stimulate the economy, are going to persist and are closely related to the performance of the Task Force. In short, is this plan not so much an investment plan as a fantastic marketing campaign for the European Commission as a key player in the re-launch of the EU economy?