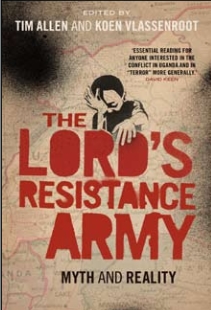 The Lord’s Resistance Army is Africa’s most persistent and notorious ‘terrorist’ group. Led by the mysterious Joseph Kony, it has committed a series of horrific human rights abuses, including massacres and mutilations. Since the mid 1980s, it is has abducted tens of thousands of people, including large numbers of children forced to train as fighters. The International Criminal Court in 2005 issued warrants for Kony and his top commanders, and the United States is backing a military campaign against the group. But the LRA survives,continuing to inspire both fascination and fear. Authoritative but provocative, The Lord’s Resistance Army: Myth and Reality provides the most comprehensive analysis of the group available. From the roots of the violence to the oppressive responses of the Ugandan government and the failures of the international community, this collection looks at this most brutal of conflicts in fascinating depth, and includes a remarkable first-hand interview with Kony himself.