The nuclear safety framework in the European Union after Fukushima 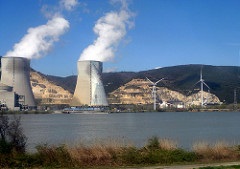 On 11 March 2011, a devastating earthquake struck Japan and caused a major nuclear accident at the Fukushima Daiichi nuclear plant. The disaster confirmed that nuclear reactors must be protected even against accidents that have been assessed as highly unlikely. It also revealed a well-known catalogue of problems: faulty design, insufficient back-up systems, human error, inadequate contingency plans, and poor communications. The catastrophe triggered the rapid launch of a major re-examination
of nuclear reactor security in Europe.