Home > Publications > The reform of the EU courts

The reform of the EU courts 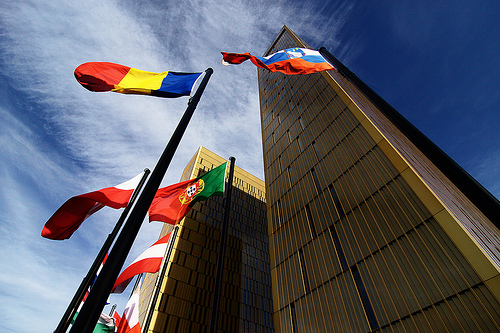 In 2010, the Lisbon Treaty entered into force, including some substantial changes concerning the EU courts1. Meanwhile, their workload is progressively increasing. Specifically, the General Court’s backlog has become quite substantial2. In 2011, the Court of Justice has presented an important proposal regarding this problem. It aims at adding 12 new judges (and consequently cabinets) to the General Court. The Commission has given its support and proposed some complex modalities concerning the appointment of judges. Such a reform of the General Court will have systemic consequences for the EU courts’ system. If it is implemented in 2012, the General Court will have gone from 15 to 39 judges in only eight years. The Court’s and Commission’s proposals thus require an analysis of the long term implications. Before that, they require an analysis of the productivity aspects. These have been barely debated until now. However, in the midst of a financial crisis, the legislative authorities may have legitimate questions about the budget impact. This paper aims at bringing some modest introductory comments (this is a new and complex topic) regarding the managerial and financial aspects of the available options. One will find here a brief description of the new context (§ 1), and of the possible objectives of a reform (§ 2), some examples of productivity reforms that could increase production with very limited costs (§ 3), and finally a more detailed evaluation of the two possible structural reforms (§ 4), i.e. adding 12 new judges to the General Court or creating an Intellectual Property Court, limited in a first phase to a specific aspect of trademarks and designs. From a management point of view, reforms must indeed be divided into two categories. Some of them are not too difficult to implement and require no huge regulatory changes or additional means (the “productivity solutions”). Others, on the contrary, require such changes and additional means (the “structural solutions”). In synthesis, the structural solutions appear rather costly (especially the 12 new cabinets) and should be considered as last resort ones. On the other hand, other measures, with very little costs, could have a strong positive impact on the General Court’s productivity. Furthermore, an immediate structural reform would go against fundamental principles of management (and strategy). Before pumping more resources in a system, it is useful to analyze in depth where the existing problems come from. If a plane flies low because there are numerous leaks in the motor, one can always push much more kerosene in the motor but this is rarely seen as the optimal way to improve performance. Plugging first the leaks is widely seen as more economical. Furthermore, it is always dangerous to make immediate structural reforms with a long term impact under the pressure of urgency. Finally, in the case of a sudden rise of judicial activity in the next years (which is the working hypothesis of the debated proposals), the neglect of the productivity measures could lead to an explosion of costs. In the present hard times especially, each of us has to do his/her utmost to get more bangs from the taxpayer’s bucks. This is possible here, but it means that all parties involved (General Court’s judges and personnel, Court of Justice, Member States, budgetary authorities, and legal counsels) have to accept some limited efforts. This modest cotribution pays tribute to Peter Drucker, for whom the author must confess a long, deep and always growing admiration. Drucker’s books were seminal not only in the diffusion of the science of management, but also in the reflection on the connections between management and different evolutions of society. He should be mandatory reading in the present changing EU environment. Most probably, his conclusion in this debate would have been a brilliant and synthetic “it’s the people, stupid!”
(Photo credit: Gwenael Piaser, Flickr)