Home > Publications > The UK Referendum: the EU at the Crossroads 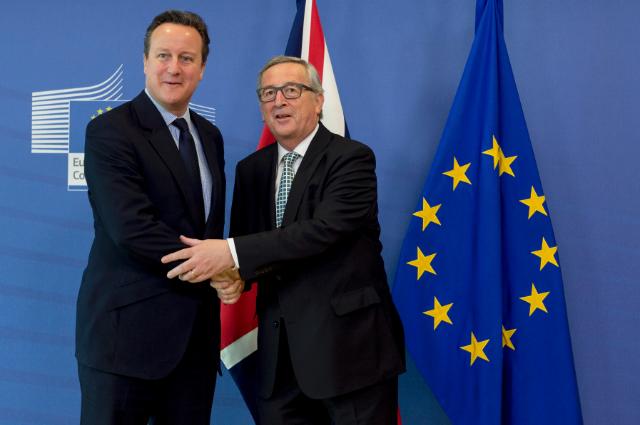 The deal reached on the relationship between the United Kingdom and the EU last month was made in the full glare of the spotlight. Prime Minister Cameron has been pushing hard over the past few months to secure ‘a new settlement’ for Britain in Europe.

Many have commented on the agreement, finding it either not ambitious enough if the United Kingdom is to remain in the EU, or a threat to the core of the EU’s existence. Either way, the February 2016 European Council will go down in history, but probably not because of the agreement reached. The EU must seize this chance to redefine itself.

The deal reached on the relationship between the United Kingdom and the EU last month was made in the full glare of the spotlight. Prime Minister Cameron has been pushing hard over the past few months to secure ‘a new settlement’ for Britain in Europe. Many have commented on the agreement, finding it either not ambitious enough if the United Kingdom is to remain in the EU, or a threat to the core of the EU’s existence. Either way, the February 2016 European Council will go down in history, but probably not because of the agreement reached. The EU must seize this chance to redefine itself.

The Conservative leader based his 2015 election campaign on the promise of holding a referendum on the EU membership of the United Kingdom – many would say to placate the right wing of the Tory party. His landslide victory left him no other choice than to proceed. His long-awaited letter of requests finally reached the President of the European Council at the end of November 2015. The deal reached, whether one believes it is a good one or not, is here to stay. It will not be re-opened and there is no turning back. It is a part of the EU landscape and the only question now is, what is the EU’s direction and how do we get there?

The United Kingdom has always had a complicated relationship with the EU. It is important to acknowledge that it did not begin under the best auspices: General De Gaulle twice vetoed UK membership of the EU. Later, in 1988, Prime Minister Thatcher famously described her vision of a union at the College of Europe, in Bruges: ‘We have not successfully rolled back the frontiers of the state in Britain, only to see them re-imposed at a European level with a European super-state exercising a new dominance from Brussels.’ If the United Kingdom has always felt uneasy in this relationship, it takes two to tango: the EU has always compromised for the British and for the others as well, acknowledging that losing one part of the union would endanger the European ideal.

What happened in February was somewhat different. The EU turned out to be a poorer dancer than expected: if it had agreed to step up to save itself, it seems to have lost the beat. The EU is now fatter at 28 Member States, older (we will celebrate the sixtieth birthday of the Rome Treaty next year), and seems increasingly unsure of where it wants to go.

The European Council decision was a seismic shock for the bloc’s leaders. The United Kingdom made it clear it did not wish to be part of an ‘ever closer union’, refusing the current direction of travel of the EU. But what is this direction exactly? European leaders certainly don’t know. For example, some countries like Belgium have been fierce advocates of the ‘ever closer union’ since the creation of the EU and are strongly opposed to Cameron’s desire to opt out of this political integration at the European Council. For some others, the next step in European integration is less than clear, with a few reaching the same view as the United Kingdom. The discussion was not about European ideals, but about preserving what we have at the moment while not knowing what would happen if the United Kingdom leaves. The current lack of vision, or at least of consensus, about the destination of the EU, is troubling and probably a first.

Against this background and the rise of populism in Europe, the initiative of the six founding countries to ‘relaunch’ the European project is even more relevant. In a joint declaration, the ministers for foreign affairs acknowledged the current state of the union, expressing their concerns about the European project but also their conviction that the EU is the best answer to today’s challenges. It recognised the existence of a multi-speed Europe in which the integration of the eurozone is deeper than the integration of the 28 Member States. Belgium sees this initiative as a good way to refresh proposals on the future of the EU and will host the next meeting in the Val Duchesse castle where the Treaty of Rome was negotiated.

The UK referendum also seems to have softened France and Germany’s stance against a Treaty change. Until now, they have pushed against any Treaty change because they feared opening a Pandora’s box. There now seems to be a growing consensus that something has to be done.

Of course, the departure of the United Kingdom from the EU would be a major blow. The impact of a “Brexit” could be cataclysmic if other Member States followed the UK example as we could easily suppose in this troubled times for the European project. It could lead to other EU countries will using the UK referendum as an example for a renegotiation of their place in the EU. Therefore, the UK renegotiation could be seen as the first step of a disintegration of the EU.

The discussion about a ‘new settlement’ was certainly not necessary but if we are discussing house cleaning, let’s make the most of the opportunity. European leaders are now aware of the issue and it seems clear that whatever the British people decide to do, European institutional reform will take place.

The UK referendum should therefore be used as a key moment for improving the fragile current state of the EU. That is why, we urgently need to start new discussions about a new impetus for European integration.

The discussion should focus on clarification: first, the direction of travel; second, the number of passengers. Indeed, one should not believe that the United Kingdom was the only country that objects to more integration. Other countries have cast doubts as well. This is where a multi-speed Europe comes into play. A third factor must be clarified: the conditions of travel. The discussion should be open and frank, with no taboos.