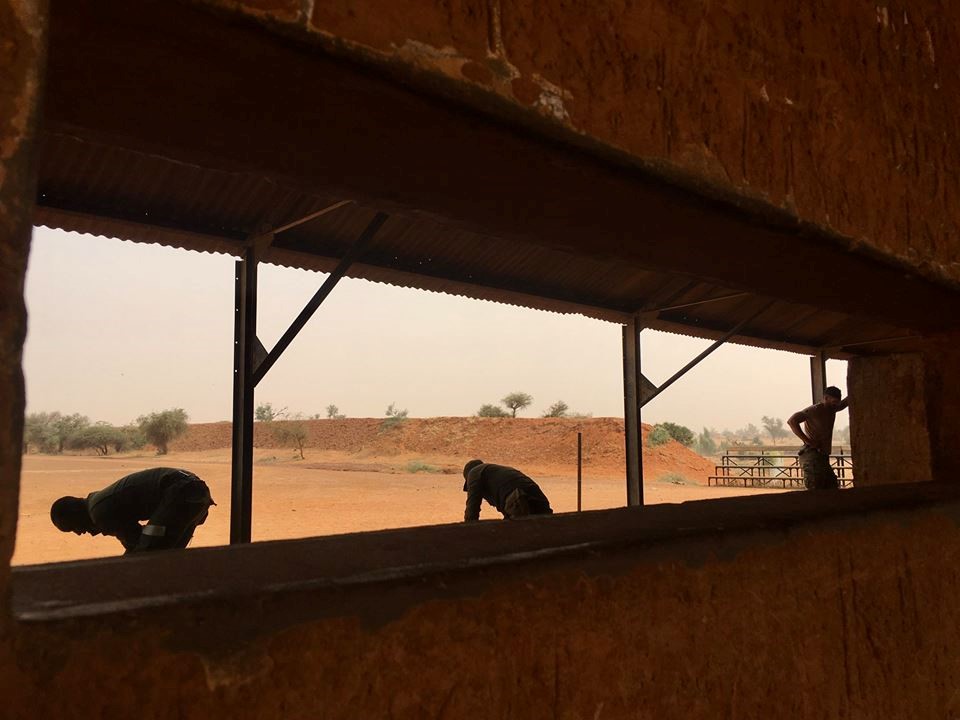 When things fall apart you usually take a step back to look at what went wrong and to learn from past mistakes. Or, as in the case with France in the Sahel, you take a step back and then you move south to new partner states who are willing to host your troops.

When things fall apart you usually take a step back to look at what went wrong and to learn from past mistakes. Or, as in the case with France in the Sahel, you take a step back and then you move south to new partner states who are willing to host your troops.

While this is a provocative and simplified reflection on the French President’s announcement of Barkhane’s withdrawal from Mali, it still mirrors what seems to be a missed opportunity for a deeply needed “lessons learned” moment. Three lessons in particular seem to be of importance: First, it is central to have a feasible strategy and a clear objective. Second, communicating that strategy effectively is essential to get popular support at home and abroad. Third, if you decide to engage and collaborate with leaders who have come to power by bending or ignoring the rules, chances are that they will not respect your strategy.

The French President’s announcement on Thursday morning that French and European troops would withdraw from Mali came as no surprise to observers of the unfolding diplomatic crisis between the two countries. The relations have deteriorated gradually over the past few years, starting well before the first of two successive coups in Mali, yet the speed has increased considerably during the past four weeks. The Malian transitional authorities’ show of force whereby they publicly prohibited the Danish contingent from integrating into Taskforce Takuba resulted in a very undiplomatic, war of words, which took an abrupt turn as the French Ambassador was expelled from Mali. While this diplomatic show-down took place, the region witnessed yet another military coup – this time in Burkina Faso – a state which has suffered 7 coups and 4 coup attempts since independence, underlining the heavily tilted civil-military balance in the region and the fact that stability – however it is defined – is far from being achieved.

France is clearly not the (only)actor to blame for the current tumultuous situation, yet it is the only external actor that has been willing and able to play a prominent role in Mali and in the Sahel region at large. For this it has received significant criticism from different directions, some well-deserved, some misplaced, but there are clearly lessons to be learned for France as well as other external actors who are present in the region.

First, while France, on paper, has adopted the comprehensive approach to the security crisis in Mali, where development and diplomacy were supposed to be as prominent as the defense aspect, it is nevertheless the latter, embodied in operation Barkhane, that has been given the central role. The dual aim of Barkhane has been to fight armed terrorist groups while increasing local security forces’ capacity until they are able to handle the security threats alone. Whereas the objective is clear, the feasibility of the strategy is not. Fighting armed terrorist groups is, as history has shown, a fight without a clear enemy and subsequently also without a clear end. In a similar vein, increasing local security forces’ capacity is a long-term project with a vague end-goal. It entails significant number of resources, both financial and material, a political buy-in from the local authorities, and perhaps most importantly, a state for which the armed forces are willing to fight. Whereas EUTM has provided training and resources, the two latter aspects have been faltering for various reasons, much related to the weaker investments in the other two ‘D’s’: development and diplomacy, from national and external actors. The heavily deteriorated security situation in the region since 2014, is also evidence of this. While the French may, as Shurkin has argued, have seen Barkhane as an essential but not sufficient part of the strategy this has clearly not been the perception of local actors, due, in part to a failure of communication.

The failure in communication between the French and the Malians is the result of a mixture of different factors. The first is structural and is the basis on which the fragile relationship between France and Mali stands on, which is the colonial past. It does not really matter whether France has any neo-colonial ambitions in the country or not, the perception and the past still weigh heavily on current communications, and can be used instantly, both by national leaders who want to play into populist tendencies and reinforce their popularity, and by external actors who want to embroil France’s reputation.

If the first factor relates to structure, the second relates to actors, and in particular French political actors whose tone deafness, and at times, arrogance have muddled the communication. President Macron’s summoning of the Sahelian leaders to Pau in 2019 is one such example, while the recent outbursts of Foreign Minister Le Drian is another. Whereas the actual content of their statements may not be controversial per se, the timing and the way in which they have been delivered have been less than diplomatic. Similarly, the way in which Barkhane has communicated its tactical victories – often with figures over how many non-state armed actors that have been eliminated – has left a lot more to wish for in terms of communication. Finally, external actors’ disinformation efforts have also played a role in the deteriorating communication between France and Mali. The third pillar of “Prigozhin’s galaxy”, as defined by Audinet and Gérard which entails the propagation of a Russian narrative through websites, social media and films, builds upon anti-colonial sentiments and directly targets the French presence in the region, contributing to miscommunication through disinformation.

Third, Western state actors that engage militarily in the Sahel region for different reasons, whether it is to fight jihadism, curb migration, promote multilateralism and/or counter non-Western influence, risk having to work by, with and through, transitional authorities, that have come to power unconstitutionally through military means. When the coup takes place on center stage in front of international partners – as in Mali – there is a clear uneasiness about how to deal with the situation once you stand in front of a fait accompli. Do you maintain the status quo and continue to work with the junta, or do you take a decision to leave and wait – perhaps in vain – for an elected government to take power? Or do you take the middle way and suspend collaboration for a limited period, to then resume relations as usual? In Mali most external actors chose the latter, while after Chad’s unconstitutional coup they chose to work with the new local authorities. In Burkina Faso, instead of sanctions, France opted for increased military collaboration with the transitional authorities.

The different responses to the coups by external actors, both bi- and multilateral, should come as no surprise to observers who have followed the construction and deconstruction of the different relationships (although it might of course still provoke questions about double standards). However, just as the incoherent responses to the coups do not surprise, nor should populist and sovereignty-embracing outbursts from junta leaders. After all, these are the very same people who decided not to play by the rules and take power unconstitutionally.

In the wake of the announcement of France’s withdrawal from Mali, a number of questions remain unanswered. The future of multilateral UN and EU operations’ in the country remain unclear, both because of the French support to the missions through Barkhane, but also because of uncertainty of whether other European states’ will maintain their contributions in the current context. Wagner’s presence in Mali has managed to stir up talks about transgressed ‘red lines’ and withdrawals, while at the same time fueling a desire for Western states to stay engaged for fear of losing influence. The joint press communiqué announcing that French and European troops will remain present in the region and collaborate with other partner states, puts the focus firmly on Niger, a state which already hosts significant amounts of foreign troops, to the point of saturation. While the Nigerien President has made a U-turn, and has now appears to have agreed to host European Takuba troops, in a climate of anti-French sentiments, this might be a counterproductive move and increase, rather than decrease, stability in the region. If any lesson is to be learned from the current breakdown in relations between France and Mali, it is the need to take into account local actors, perceptions and realities, a lesson which so far does not seem to have been integrated.

Prof. Dr. Nina Wilén Director for the Africa Programme at Egmont Institute and Associate Professor at Lund University and a Global Fellow at the Peace Research Institute in Oslo.