A future agenda for the European security and defence policy 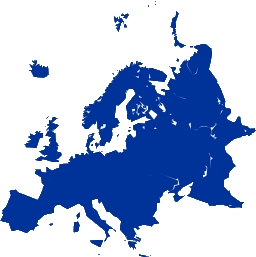 Ten years after the inception of the European Security and Defence Policy (ESDP) the European Union (EU) may boast several achievements in this domain, particularly through the launching thus far of 21 civilian and military missions abroad –something unthinkable not so long ago-, some in close cooperation with the UN. An instrument of its Common Foreign and Security Policy (CFSP), the ESDP has helped to shape the singular nature of the EU as a global actor endowed with “soft power” or, hypothetically, also “hard power” tools for the purposes of maintaining international peace and security and/or defending its immediate interests and values. There is a growing security culture in Europe along with an increasing recognition of the need for the EU to play a more coherent, active and efficient role in the management of crises, as laid down in the 2003 European Security Strategy (ESS). Relatedly, the EU must also be more effective and capable, in the words of the recent Report on the Implementation of the ESS.
Nonetheless, nowadays European Defence as such, and as a subset of modern philosophies on security which the ESS reflects, remains a work-in-progress, largely more on paper. In particular, the goals of a common European defence policy, let alone a common defence, envisaged in the Treaty on European Union (TEU)4 and reaffirmed by the Lisbon Treaty, have not been achieved and will not be so unless European leaders have the resolve to carry out significant measures in this field. In this respect, it is well known that several limitations and structural problems hamper efforts in the specific defence pillar of the ESDP, shortfalls which constrain the capacity of the EU to exercise true influence on the dynamic strategic stage of the XXIst century –with shifts in power and competing values, as the Report on the ESS reckons. These stumbling blocks on the road to European defence (in the realm of capabilities, narrow-minded management of defence budgets, political hurdles, etc.) have been accurately highlighted by several experts over the last years; thus this paper does not unnecessarily dwell on them. Moreover, the costs of non-Europe in defence are, at this point, undisputable –above all, when the roughly €200Bn that EU Member States as a whole spend on defence is taken into consideration. It could be argued that these policies are even at odds with democratic governance and accountability; for all the talk about public opinion´s reaction in the face of bolder defence commitments in Europe, the other side of the coin is that European citizens lend more support for an enhanced role of the EU in these matters than what is sometimes taken for granted.
The Lisbon Treaty might mean significant progress for European Defence –above all, through the implementation of the mechanism of Permanent Structured Cooperation (PSCoop) or an Enhanced Cooperation in accordance with the Treaty on the Functioning of the EU- and in the broader sphere of EU´s external action, if it finally takes effect by the end of this year or in 2010.
(Photo credit: byHeraldy, Wikimedia Commons)