Home > Publications > ‘A Union for the citizens’ – The Luxembourg Presidency’s promise vs. realistic EU deliverables

‘A Union for the citizens’ – The Luxembourg Presidency’s promise vs. realistic EU deliverables 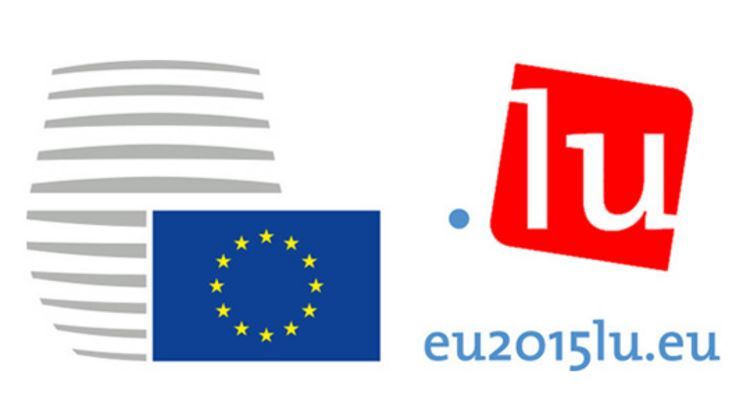 Luxembourg will hold the Presidency of the Council of the European Union for the twelfth time in the second semester of 2015. This commentary outlines its main priorities and particularly the upcoming negotiations on the Better Regulation package as well as on the interinstitutional Agreement.

‘A Union for the citizens’ – The Luxembourg Presidency’s promise

The twelfth Luxembourg Presidency of the Council of the EU proudly heralds ‘A Union for the citizens’. It sounds bold and at the same time familiar, but now, more than ever, the level of engagement required to deliver that promise by the end of the mandate is considerable. Indeed, the Luxembourg Presidency has outlined an open approach: listening to citizens, supporting businesses, collaborating with partners and institutions in order to act in the interests of Europe. Priorities vary from the stimulation of investments, the digital dimension of the single market, handling migration issues and working on the EU’s social dimension, to an increase in EU actorship around the world and the promotion of sustainable development. Amid these sectoral priorities, one ambitious, cross-sectoral dossier tops the to-do-list – the Better Regulation Package and the negotiations for a renewed Interinstitutional Agreement.

This strong commitment to streamlining EU policy-making belongs to the Commission’s high-flying First Vice-President Frans Timmermans – his mandate was translated into the Better Regulation Package published in May 2015. This set of new practices is meant to introduce a streamlined method of making legislation at EU level while bearing the interests of the citizen in mind.

The Commission’s proposal, in combination with Luxembourg’s commitment and the appointment of Luc Van den Brande as President Juncker’s special advisor for ‘outreach towards citizens’, signals that the EU institutions are trying to take concrete action to render the EU more transparent and immediate to its citizens.

The fact that populist and Eurosceptic parties did well in both economically challenged countries and in more stable states in the 2014 EU elections is certainly one of the reasons behind Luxembourg’s eagerness to bring the EU to citizens. The 2014 EU election results undeniably showed that these parties could adapt their rhetoric to any circumstances. In addition to bringing up specific national issues, most Eurosceptics like UKIP portrayed Brussels as opaque and its policies as burdensome.

The Better Regulation Package and the Interinstitutional Agreement negotiations take a very bold approach indeed – one that has the power to roll back some of the Eurosceptics’ reprimands and reduce the disillusionment of citizens in the long term. The package is a much-welcomed proposal with multiple positive aspects. However, this push for better regulation, more transparency and strong commitments to Interinstitutional Agreement negotiations will open further cans of worms.

The first problem is the promise of transparency.While this promise has theoretically already been accomplished – as per the Commissioners’ mission statements – the initiative needs further explanations of its implementation plan in order to show it is really a game changer. We refer in particular to the clear guidelines regarding the delegated and implementing acts and the new Regulatory Scrutiny Board proposed to oversee the impact assessment process. The transparency pledge also has limitations in aspects such as access to documents, a potential ‘legislative footprint’, the mandatory character of the transparency register, the loose code of conduct for European Parliament staff, or the lack of progress in the European Citizens’ Initiative.

The second aspect addresses how being ‘small on the small things and big on the big things’ might affect the Commission’s initiative privilege, and how it nourishes debates on the subsidiarity principle. Vice-President Timmermans announced that 80 pending bills would be dropped. This move can only be bad for the legitimacy and the authority of the EU executive. Despite its admirable objective of creating efficiency, the Better Regulation Package cannot be used a tool for dismantling EU law. Even if the mutual recognition exists, we know that harmonisation and standardisation is still needed in many cases at EU level in order to complete the Internal Market. Moreover, on the 14 April, the European Court of Justice limited the Commission’s right to withdraw legislation, raising doubts over its drive to cut red tape. This line of questioning is a clear warning to the Commission Normally, it should trigger a very thorough rethinking of how the Commission approaches the withdrawal of legislation.

The third concern relates to the Commission’s initiative and the Luxembourg Presidency’s support for freshening up interinstitutional relations and working practices. There are hopes that this agreement will be secured by the end of the year, but the negotiations might be more complicated. Strengthened political actors and different institutional forces will seek to assert their hard-fought competences. Furthermore, the Council is taking part in this agreement for the first time, and one more player always entails many more dealings.

Lastly, bringing Europe closer to citizens requires small and big steps at the same time. The Five Presidents’ Report of 22 June represented a big step towards pushing both the debate and the action concerning the achievement of a genuine economic and monetary union ever closer. Surprisingly, until now, Member States and the EU Presidency alike withheld judgement on the EU juggernauts’ report. Moreover, the conclusions of the June Summit merely took note of the report amidst the Greek crisis – a crisis which, it became clear, the implementation of the Five Presidents’ Report would solve.

Today, the EU needs a clear sense of direction and EU remedies should accommodate citizens’ interests. A more political, transparent and efficient European Commission would be worth much more in the eyes of the citizens. The same goes for the Council and the Parliament and their readiness to commit.

The aspects spelled out above are just starting points for the upcoming policy brief planned for September. We aim to elaborate on these aspects in a bid to foster policy pragmatism, reasoning and practical advances when it comes to a genuine ‘Union for the citizens’.