Home > Publications > A way out of the Ukraine crisis: Munich or Algeciras?

A way out of the Ukraine crisis: Munich or Algeciras? 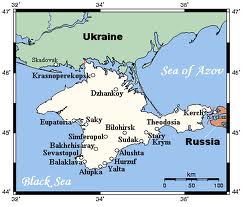 The comparison with the 1938 Munich agreement comes easily to many people. Hitler was given a free hand in Czechoslovakia in the hope that his hunger for territory would thus be stilled. But who still knows about the Algeciras agreement? This is where in 1906 the great powers ended a crisis about the expansion of French influence in Morocco, by deciding in the end not to escalate and to award all powers involved some form of compensation.

Published in  European Geostrategy, 17 March 2014.
A translated version of this article was published under the title “Neemt Poetin genoegen met de Krim?” in De Standaard on 18/03/2014 (in Dutch).