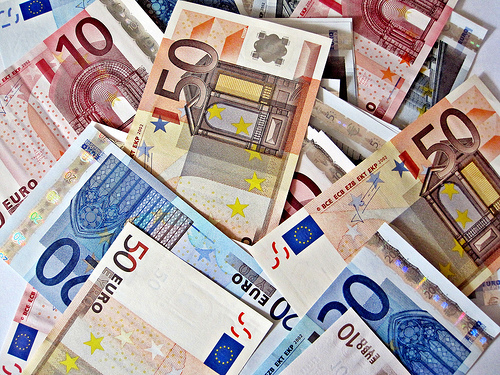 The European Central Bank finally seems ready to counter the low inflation in the eurozone. The ECB appears to have determined an order of play, in which it first exhausts ‘conventional’ monetary policy, before perhaps turning to ‘unconventional’ policy. This commentary argues that, due to the crisis, all monetary policy has actually become highly unconventional. The division between conventional and unconventional should hence not be a basis for the ECB’s policy choices.

For several months the eurozone has been suffering from record low inflation. Last October the inflation rate dropped below 1% and has remained there ever since. This low pace of price increases is dangerous, because it undermines growth and makes our debt piles even more difficult to handle. It is beginning to resemble the ‘lost decade’ that Japan endured in the 1990s.

After a long period of hesitation, the European Central Bank (ECB) finally seems ready to counter the low inflation. The ECB appears to have determined an order of play, in which it first exhausts ‘conventional’ monetary policy, before perhaps turning to ‘unconventional’ policy. Yet this distinction between conventional and unconventional policy is seriously out of date as a consequence of the crisis.

’Conventional’ monetary policy refers to a modification of the ECB’s interest rates, which was indeed the usual policy instrument before the crisis. These interest rates are now at an all-time low. The rate at which banks can borrow from the ECB stands at only 0.25%. The rate on the ECB’s deposit facility – the remuneration that banks receive for placing their money in the ECB – is as low as 0%. The latter implies that banks no longer get compensation for the money that they put into the ECB.

However, it’s utterly arbitrary to define a further cut in the ECB’s interest rates as conventional policy. This holds particularly true for the interest rate on the deposit facility, as this rate would turn negative. As a result, banks would actually have to pay to place money in the ECB. In terms of monetary policy, such a negative deposit rate would be highly unusual. Only a couple of smaller central banks, like those of Denmark and Sweden, have ventured into this territory. If the ECB were to become the first major central bank to push its deposit facility into negative territory, this would be a historical decision with uncertain consequences. It would, in any case, not be conventional.

So what exactly is ‘unconventional’ policy, if it’s defined in opposition to ‘conventional’ policy? The concept refers to instruments that are not part of the regular toolbox of central banks. The best known type of such unconventional policy is ‘quantitative easing’, through which a central bank buys bonds or other securities in the financial market. The result is an expansion of the money supply, which can lead to economic growth and/or higher inflation.

While quantitative easing was unconventional before the crisis, this is in fact no longer the case. The Fed, the Bank of England and the Bank of Japan – all the major central banks in industrialized economies – have embraced quantitative easing during the crisis. That is, all but the ECB. The eurozone’s central bank has been most cautious with regard to unconventional monetary policy. Nonetheless, at high points of the crisis, it did rather forcefully undertake such policies: the Outright Monetary Transactions (OMT) programme for indebted eurozone countries and the long-term loans to the financial sector are the clearest examples. Hence ‘unconventional’ by no means equals ‘unknown’.

If the ECB decided on a negative interest rate for its deposit facility without quantitative easing, this should not be viewed as the exhaustion of its conventional policy. The decision might be the right one to make, but the ECB should provide a thorough explanation of exactly why it is the right choice. A reliance on the myth of conventional monetary policy should not be a part of that explanation.