Home > Publications > Belgium and the miracle of European defence 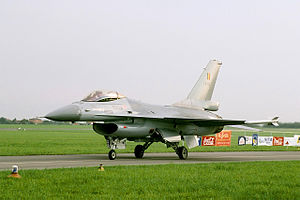 In this article for the “National Perspectives and CSDP” special focus series on the blog European Geostrategy, Sven Biscop looks at Belgian involvement in the CSDP and its role in the future development of the policy.

This commentary appeared in European Geostrategy on 9 December 2014.

Belgium believes in European defence. This belief is shared by political, diplomatic and military decision-makers and public opinion alike. That is a strength, for in the habitual absence of elaborate strategic documents it provides its defence policy with at least some sense of purpose. For Belgium, maintaining a strong transatlantic alliance passes through the building of a strong Common Security and Defence Policy (CSDP) in the European Union (EU), which de facto is the European pillar of the North Atlantic Treaty Organisation (NATO) but can act autonomously as well. This strong belief is also a weakness however, for a belief is seldom questioned or justified through sound argumentation: one believes and that’s that. As a result ritualistic professions of allegiance continue, but the original purpose of the doctrine tends to be forgotten. Belgium has always been a leading theologian of European defence, playing a key role in developing concepts such as ‘pooling and sharing’, but the discourse is becoming sterile and losing the power to convert the heretic.

Belgium has always been a leading theologian of European defence

Instead an unwarranted trust that miracles will happen has taken shape. Whenever budget cuts are announced, as is the case today, politicians of all colours revert to the same mantra: salvation through European defence. If only we unite our forces with those of our European brethren, we will see the miracle of the multiplication of the capabilities. Alas, this stance overlooks the fact that for them to be multiplied, there have to be some capabilities in the first place. Military marriages tend to be traditional: no dowry, no wedding. Military cooperation takes place where a win-win situation is created and all parties benefit from coordinating or even integrating their capabilities with each other. The more capabilities Belgium scraps from its arsenal, the less attractive it will be for potential partners. For lack of investment Belgium even runs the risk that existing partnerships will unravel; our partners are already eying us suspiciously. The integration of the Dutch and Belgian navies is one of the best examples of far-reaching yet maximally flexible defence cooperation in Europe – but if Belgium cannot replace its two frigates alongside the Netherlands it will be imperilled.

What are needed now are acts of devotion. Before it can expect any miracles, Belgium must be seen to be practising its belief. That cannot be done on alms alone. At the very least, Belgium should maintain its defence budget at the same level, and envisage a long-term investment plan in function of the strategic vision that the defence minister has been tasked to produce. The minimum objective ought to be obvious: to maintain at least one significant capability that can operate across the spectrum, including combat operations, in army, navy and air force. That will give any future Belgian government maximal flexibility. If Belgium abandons this range of capabilities and opts for an entirely non-combatant air force for example, governments when requested to participate in operations may find that they are no longer able even when they are willing. Or worse, for lack of fighter aircraft they may come under pressure to deploy land forces in a risky situation in which they would rather not, if participation in the operation is imperative.

Abandoning yet more capabilities will eliminate options for defence cooperation. Vice versa, cooperation is the only way of maintaining a broader range of capabilities. Any future fighter capacity for example can be integrated with a partner or partners to the same extent as the Belgian navy is with that of the Netherlands. Then Belgium will see that miracles can be engineered – if the fee is paid. And the more we are seen to be practising, the more our sermons in favour of European defence will be heard by other, hitherto less convinced members of the congregation. To that end Belgium should also invest in some of the crucial EU-level projects (such as air-to-air refuelling and drones) of the European Defence Agency, an institution that it is keen to promote.

Capabilities must be acquired for a purpose, of course. It is not always clear how to understand the trinity of Belgium’s belief in European defence, and in the Charter of the United Nations (which implies that action must be taken when it is violated), and its strategic culture that is strongly pacifist (which goes for all political parties as well as the public). Yet of late Belgium has participated prominently in the air campaigns over Libya and Iraq, in the naval campaign against piracy, and in the training mission in Mali (though it was conspicuously absent in the Central African Republic). If Belgium can maintain a consistent contribution whenever Europe decides that responsibility must be assumed (including for significant land operations) it appears therefore that even this mystery can be resolved.