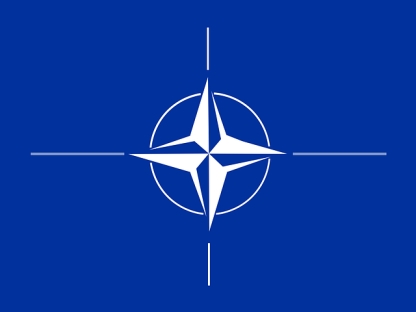 In this article, Sven Biscop looks at President Obama’s recently announced ‘European Reassurance Initiative’ and its implications for European defence.

A billion dollars to temporarily deploy additional American troops to Eastern Europe, organise military exercises, and train with allies and partners. President Obama announced this ‘European Reassurance Initiative’ in Warsaw, just before travelling to Brussels for the G7 meeting that replaced the planned G8 meeting in Russia (4-5 June 2014). Quite surprisingly, for had the United States (US) not just pivoted to Asia?

President Obama wants to demonstrate that NATO’s Article 5 is for real. Was it not before then? Well, the more NATO feels compelled to underline that it is, the more one begins to doubt it. US and NATO communication, and that of the Eastern European allies clamouring for an increased American presence (even permanently) are hardly reassuring. Of course Article 5 always has been and still is for real, quite simply because it fundamentally is an American guarantee. So no, Russia will not invade a NATO or European Union (EU) member state. From the beginning of the Ukraine crisis, that is all that ought to have been said. Objectively speaking, sending extra American forces does not change these basic facts.

Will it solve the crisis? No, it just helps to strengthen European self-confidence. Hopefully that will translate in more diplomatic and economic resolution to act through the EU, for that remains the only way.

Will these deployments affect President Putin’s policy? He was never going to threaten NATO territory anyway. In fact the sabre-rattling may complicate the diplomatic process. One thing Putin cannot allow is the perception by the Russian public that he has given in to Western military might, for his legitimacy rests in no small part on maintaining the illusion of Russia’s great power status. Diplomatic solutions require that all parties concerned can save face. Much more important therefore is diplomatic contact at the highest level, as during the D-Day commemoration in Normandy, with the possibility of additional sanctions kept in reserve.

But perhaps Obama, with an eye on the upcoming NATO summit in September, first and foremost wanted to send a signal to his European allies: shame on you. For, as his defence secretary Chuck Hagel was quick to point out, Europeans themselves should increase their efforts regarding defence. Spending 2% of GDP on defence, to start with. For once, there is no need for caution in making predictions: that will not happen. Or does anyone think that Germany, for example, will double its defence budget?

What is more, it is not necessary. In spite of all the cuts, the 28 EU member states together still spend €160 billion on defence per year. Europe should indeed not let that total amount drop any further. The Ukraine crisis has the potential to stabilise European defence spending. The real problem is that all too many European countries still maintain units and equipment that are useless both for territorial defence and for expeditionary operations. At the same time there are enormous duplications between schools, staffs and support units. Put simply: because of the way Europe spends its defence budgets, a lot of money is wasted. Allocating more money now will just lead to more waste. The real solution is radical defence cooperation between Europeans.

If Europe would just implement the decisions that it already took on this at last December’s European Council meeting, it might be able to meet another, much more justified American demand: to assume first line responsibility for security crises in Europe’s own neighbourhood. That is a necessity because in spite of everything the pivot is happening. Seen from Washington, only Beijing is a strategic competitor – Moscow can at most be a spoiler. What does Europe want to be able to do as a security provider, if necessary without the US? That is the strategic question to which Europe must formulate a response. But the American deployment might just have sent the wrong signal. Why bother, if the cavalry is coming anyway?