Brexit will not be « the greatest negotiation of all times” 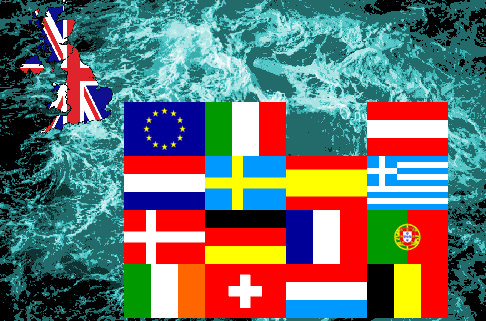 After reading another declaration about the titanic nature of the Brexit negotiation, in some kind of Proustian reminiscence, I went back to my childhood. Of course, for children’s eyes all walls are titanic indeed. And as a matter of fact you must be young, and quite inexperienced in negotiations, to believe that Brexit will be the greatest of them all.

Brexit will not be « the greatest negotiation of all times”

After reading another declaration about the titanic nature of the Brexit negotiation, in some kind of Proustian reminiscence, I went back to my childhood. Of course, for children’s eyes all walls are titanic indeed. And as a matter of fact you must be young, and quite inexperienced in negotiations, to believe that Brexit will be the greatest of them all.

The difficulty of international negotiations depends on various factors. One of them is the number and heterogeneity of participants. From this point of view, Brexit certainly won’t be an apex. Another factor is the new nature of the topic. From this point of view, there are so many models available, already debated at length, that this negotiation can’t be considered as new. Yet another factor is the political sensitiveness. Here, the Brexit negotiation will qualify, but it won’t be a question of life and death and all parties will have a real interest to accept a deal. Yet another factor is the technical complexity. Here, the Brexit negotiation really qualifies, but it certainly can’t be presented as exceptional.

In international history, the Westphalia Treaties (1648), the Congress of Vienna (1815), and the Paris conference (1919) were certainly exceptional negotiations. They were dealing with life or death of regimes, territorial limits, huge financial debts, and sometimes religion (no win-win gains in such things). The Bretton Woods and the San Francisco conferences at the end of World War II were also exceptional negotiations. After that, one could certainly mention the creation of the European Communities, the adoption of the WTO multiple agreements, the “big bang” enlargement of the European Union in 2004, more recently the world conferences about climate change (or even the wide G-20 negotiations which tried to stop the mounting financial crisis post-2008).

The Brexit negotiation won’t be in the same league. Of course, it will have at the end an impact on a considerable number of topics, from elevator standards to bankers’ bonuses and food packaging. This does not mean that all these topics will be negotiated in detail. On the contrary, most of them will be the consequences of general decisions taken on principles.

These principles are already very well known. The meaning of the four freedoms of movement, competition rules, harmonization and mutual recognition has been debated and determined by a huge jurisprudence. The Brexit negotiators have different available models : Norwegian, Swiss, Turk, Canadian, WTO… All of them are well known too. They present conditions, constraints, institutional characteristics, and limits. They have been already very well analysed by the British Parliament and administrations, if one cares to read.

So why are we reading regularly that this will be “the most complex negotiation” in history, or more modestly in the last decades ? That this will require tens of thousands of additional public servants ? This has a lot to do not with the technical context, but with the political one.

In a nutshell, if the infamous “experts”, so criticized during the Brexit referendum campaign, did their job, the political classes have not. Most “leave” and “remain” campaigners did in fact tacitly agree at least on one thing : the public opinion would vote against Brexit. So, why bother to prepare anything ? The referendum result thus plunged these classes into a deep mental confusion. Suddenly, all wondered : what does Brexit mean exactly ? (you would be pardoned for thinking that it would be useful to precise the terms of a question before voting, but such are the charms of referendum.) Then Mrs May appeared with the most comforting answer : “Brexit means… Brexit”. It was so smart because it dispensed again everybody from thinking about the proper answer. She became Prime minister, of course. But the burdensome question still stood.

During the last months, endless comments have been written about hard, soft, dirty, cowardly, green, yellow and red Brexit. But the burdensome interrogation still stands. It is simple : does the United Kingdom still want to be a part of the single market or not ? If it does, in fact many basic principles still apply : harmonized rules, four freedoms of movement (which are connected), budgetary contributions, and submission to the EU Court of justice. If it does not, the UK gets its freedom back on all counts.

This will be the final result if Mrs May stands her ground after her speech in the Conservative Party conference. No free movement of persons, no budgetary contribution, no submission to the EU Court of Justice. The Court could become at the end the toughest nut to crack. One can still imagine finding compromises about migration and budget (even if it will already be very difficult). A compromise about the Court of justice will be in another realm, where any accommodation is by definition contested.

The real problem lies with an extremely old political reality: most people want to have their cake and eat it (be comforted, Boris, you are far from alone in this world). That’s why for example they always love voting for less taxes and more spending). In the UK, some Brexit crusaders have defended this illusion, which has later been endorsed by many people in power. They still live in the utopia that they’ll get the best of all worlds, globally rejecting what they dislike while keeping what they like.

Many people in charge in the UK still prefer to see the negotiation as cosmically difficult. Well, all roads seem without ending when people do not know where they want to go. Here too there exists a tacit agreement. For the Leavers, this justifies the striking inability to define any serious strategy after nearly six months (and demanding more personnel). For the Remainers, it confirms that Brexit is a bad decision, and keeps alive the hope that it won’t be implemented.

The British “leaders” can’t get a tailor-made system, keeping all the candy and evacuating all the vinegar. The real world does not function like this, and the single market certainly not. The sooner this utopia is abandoned, the clearer the parameters of the negotiation will become. For children’s eyes all walls are tall indeed, but getting in the adult age will reveal that this wall is not. One just needs to look at it like a grown-up.