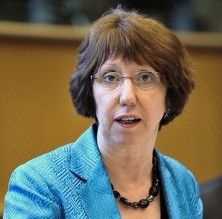 By Per M. Norheim-Martinsen, Sven Biscop,

Sven Biscop and Per M. Norheim-Martinsen contributed a chapter to a major new academic publication on CSDP, Explaining the EU’s Common Security and Defence Policy. Theory in action (Palgrave), Xymena Kuroswka & Fabian Breuer (Ed.), 2012. The study of the EU’s security and defence policy has until now lacked a comprehensive yet thorough and accessible volume on theoretical debates in the field. This timely volume addresses this and is an engaging assessment of the discussions about the EU’s Common Security and Defence Policy. It brings together leading scholars in the field who present their respective theoretical viewpoints and illustrate how each has informed their empirical explorations. Pluralistic in its approach, the volume emphasizes the role of conceptual diversity for better explaining the EU’s CSDP. It is a broad-range up-to-date survey that speaks to many of the theoretical debates in the field, including mainstream (neorealism, liberal institutionalism and strategic studies, sociological institutionalism), less mainstream (consistent constructivism and structural constructivism) and critical, inspired by neomarxism, Foucauldian approaches and the sociology of Pierre Bourdieu.
(Photo credit: EEAS, Flickr)