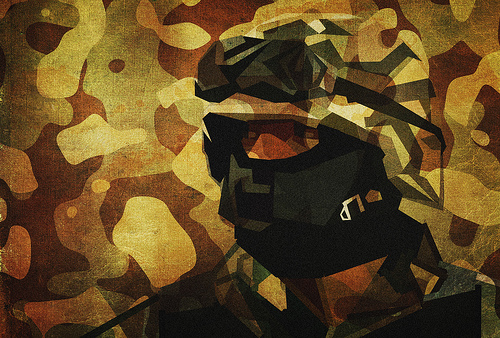 In this second article in a five-part series on the place of defence in the future EU Global Strategy, Bastian Giegerich looks at European military capability development and future conflict.

This article was published first in European Geostrategy.

EU member states are currently pulled in different directions: for some, rebuilding the credibility of conventional deterrence and collective defence in light of a resurgent Russia leads to a renewed focus on NATO whereas others remain keen to engage in multifaceted crisis management operations, and are prepared to ramp up efforts in defence capacity building or train and equip missions for which the EU seems to be a more natural fit.

This mix of push and pull factors unfolds against a background of long and deep defence cuts in Europe which are only just coming to an end. A recoil from substantial military commitments can furthermore be observed in many European electorates, putting the spectre of significant future military action in doubt. Externally, the trajectory of future security threats and challenges remains highly uncertain. Signs proliferate that Europe might have to accept that the US has little choice but to turn into a swing security provider across multiple regions: American military might is unlikely to be available to simultaneously underpin security at home as well as the security of Asia, Europe and the Middle East. US attention and assets are likely to swing even more between varied demands, both in terms of geography and function, than they are now.

It would be tempting in this context to simply give in and say, the EU level of ambition for CSDP should be rather limited: achievable with a high degree of confidence so that expectations and capabilities are finally aligned. Of course the world around us interferes with such an impulse and the tendency to think small. The current refugee crisis might serve as an example. As states in the EU’s periphery are being pushed towards failure, their people are being pushed towards us and the challenge this implies has been in plain sight for all of 2015.

There is a related question, namely, what should Europeans be able to do alone, without the US? Instinctively, the answer seems to be everything but collective defence – how else can CSDP support a European global strategy? In addition, the level of ambition should not simply codify what is already achievable, but rather define a stretch goal, something that motivates EU member states and institutions to work on improving capabilities.

Defining a future military level of ambition is more than a numbers game, so setting a new headline goal should not be the first step in the process. Instead it seems more appropriate to reflect upon a number of future developments that will shape the evolution of armed conflict. After all, the EU will need to baseline its future level of military ambition on the future of conflict, not on today’s challenges. It is tempting to skip this step and simply assume that the future will be like today – only more so. However, thinking back some 15 years and contrasting the security environment then with the situation now underlines the point that we will continue to be surprised and should be ready to be surprised.

First, the global balance of power: there is ample evidence to support the assumption that the economic centre of gravity is shifting towards Asia. It seems sensible to assume that one of the side effects will be a reduced ability on Europe’s part to shape international order, global security, and stability. This does not necessarily lead to European marginalisation, however. It simply means that power will be more dispersed, and away from Europe, and that trade patterns will adjust accordingly. Security needs to be considered in both its geographical (in the sense of proximity) and its functional (in the sense of global flows) dimensions. For example, seaborne container-trade is likely to expand dramatically within the far east, south Asia, and possibly also the trans-pacific setting. Thus, when thinking about a EU contribution to maritime security, are we equipped, much less willing, to play a meaningful role in maritime security in a setting where the centre of gravity is elsewhere? Would we be relying on a geographical division of labour with rising powers such as China and India, assuming that we share a common interest in the free flow of goods, that maritime disputes can be settled peacefully, that different conceptions of sovereignty, and ideas about access to the global commons can be aligned?

A second theme of importance is the proliferation of technology. Western governments have been used to operating in a military environment in which their own armed forces are technologically superior to anything that could confront them. Western operational assumptions are based on this comparative advantage. In the future, this advantage will be smaller and eventually it might disappear completely. Already today, non-state actors have access to capabilities previously only available to states. Other state actors are making significant investments in advanced technologies such as unmanned vehicles, fifth generation fighter aircraft, or anti-ship missiles. Is Europe prepared for a conflict environment in which the traditional domains will be much more contested again and operational assumptions held dearly for decades no longer hold? What kind of contribution can Europe make to global crisis management efforts if global commons can no longer be assumed to be a benign environment available for transit, staging and logistics?

Third, urbanisation trends and continued population growth mean that cities are increasingly likely to be arenas for conflict. A growing number of people will live in cities, and most of these cities will be close to the coast. The number of mega cities will rise, many of them in the developing world and in unstable regions. At the same time controlling and influencing the people has become a centre of gravity for operations. The urban environment and cities are likely to be a key arena for armed conflict; in fact, they might turn into the battlefield of choice for many opponents. Is Europe equipped and are European societies prepared to conduct urban operations in the pursuit of stability and security? While this is a question of both requirements and will, European armed forces might not have a choice in future crisis management operations, but to engage in urban operations.

Finally, regional fragility. Currently the vast majority of conflicts are intra-state conflicts, but with an international dimension. The overall number of active conflicts is actually going down, but their lethality is going up – more people are dying and more people are displaced. The number of refugees and internally displaced persons has reached sad heights, unprecedented in the post-World War II world. There are very few indicators to suggest intra-state violence is going to recede anytime soon. In fact, the convergence of insurgency, terrorism and organised crime in the Sahel/Sub-Saharan Africa suggests that unfortunately, conflict there will likely be violent and savage. However, there are several factors that suggest the likelihood of state-on-state conflict, borne out of great power competition, is actually going up. So the threat factors are not being replaced, they are expanding and multiplying. The international system has reached a potential inflection point and has entered a volatile and vulnerable state. China’s arrival on the international state, Russia’s resurgence, and Iran’s ambitions in a post-nuclear deal environment are the most visible signs. Is Europe prepared for engagement on those terms and can Europe limit itself to a stand-off approach?

The list of problem sets above is illustrative and by no means complete. Answers to questions like the ones posed above should be attempted before Europe enters in to exercises of defining with precision what it would like to be able to achieve in the military realm. The first order task is not to despair in light of the challenges; rather it is to stop treating defence and the employment of armed force in pursuit of European foreign policy and security interests as a discretionary activity. What are the armed forces for? What do they need to be able to do to achieve their missions? That should be the starting point for a debate on the CSDP level of ambition.