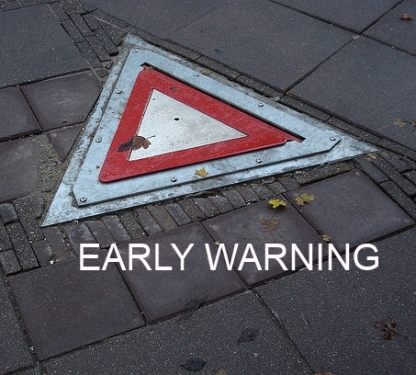 The number and lethality of conflicts has been declining significantly since the end of the Cold War, but five new armed conflicts still break out each year. While costly peace-making, stabilisation and reconstruction efforts have helped to end conflicts, no comparative efforts have gone into preventing them from
occurring in the first place. The international community appears stuck in the never-ending travails of managing crises, finding it difficult to act early to prevent new conflicts from escalating. Encouraging signs that this is changing include the United Nations (UN) promotion of the preventive arm of the Responsibility to Protect (R2P) and the United States’ efforts to improve its capacity to prevent conflicts and mass atrocities emerging from the Quadrennial Diplomacy and Development Review. Similarly, since the launch of the Gothenburg programme in 2001, the European Union (EU) has embraced the case for conflict prevention in policy documents as well as in the Lisbon Treaty itself, making it a hallmark of its approach to international security and conflict in contrast to conventional foreign policy. Yet, it has fallen significantly short in translating these aspirations into institutional practice and success on the ground. It suffers from the ‘missing middle’ syndrome between long-term structural prevention through instruments such as conditionality for EU accession and development policy, and short-term responses to erupting crisis through military and civilian missions. The Lisbon Treaty amendments – in particular the creation of the ‘double-hatted’ High Representative (HR) and the European External Action Service (EEAS) – are widely seen as major opportunities to make the EU more capable, active and coherent. We welcome these opportunities, especially the potential for joint threat assessment and coherence in policy, the improved presence on the ground through EU delegations and the influx of experienced diplomats from Member States. At the same time, our paper draws on research into the warning-response problem to express two main concerns: first, key weaknesses of the old system are not sufficiently addressed such as, insufficient orientation to longer-term forecasting and effective warning, privileging of crisis management against prevention and divergent dispositions among intelligence consumers. More worrying still, the new system could lead to lower receptivity and slower responses due to growing information noise, excessively hierarchical relations as well as an even tighter bottleneck in information processing and decision-making at the top of the broader pyramidal structure. We argue that warning-response will always be a challenge and it is unrealistic to get it right all of the time. However, we advance a number of recommendations addressed primarily to the EU, which could help to mitigate some of the problems obstructing warning for early action: to reinvigorate its commitments to conflict prevention and ring-fence institutional resources against competing demands from crisis management; • to develop a strategic warning doctrine to deal with the uncertainties, overlaps and gaps the current system produces; • to promote a so-called ‘customer-driven approach’ among warning producers and embrace a number of analytical techniques to improve analysis and warning impact; • to make sure that the EEAS does not create a culture adverse to warning by replicating the overly hierarchical and formalistic culture pervading the European Commission; • to devolve analytical resources as well as responsibilities for civilian preventive action to EU delegations and EU Special Representatives to avoid the bottleneck problem; • to lend more financial and intelligence support to regional and local early warning systems/NGOs, particularly those which integrate warning and response under one roof. Our paper also addresses the growing importance of the news media and nongovernmental organisations for alleviating the warning-response gap. NGO staff as well as journalists can offer excellent expertise of particular countries and can communicate warnings in some circumstances more effectively than analysts within a bureaucracy. Moreover, early action sometimes requires public advocacy in order to challenge some of the disincentives to act on the part of governments and the EU. NGOs also play an important role in holding decisionmakers to account for failing to act despite early, clear and well-substantiated warnings. In order to enhance the role of NGOs and the news media we recommend that: • the EU should more systematically collect and assess information coming from NGOs and aim to formalise and regularise opportunities for sharing information such as thematic working groups; • NGOs need to invest more time in understanding how their public communication is perceived by decision-makers and should become more alert to the reputational risks arising from ‘over-warning’, moralising and unrealistic recommendations; • more efforts need to be made to sensitise ‘news decision-makers’ to biases, both geographical and topical, in their coverage and remind them that besides their obligation towards shareholders/owners, they have to fulfil a ‘responsibility to report’ about impending crises; • the EU should explore how to support journalists in producing proactive and in-depth foreign affairs coverage, for example by funding organisations that could provide grants for reporting about regions under-represented in the media or issues the news media tend to overlook.
(Photo credit: Ti.mo, Flickr)