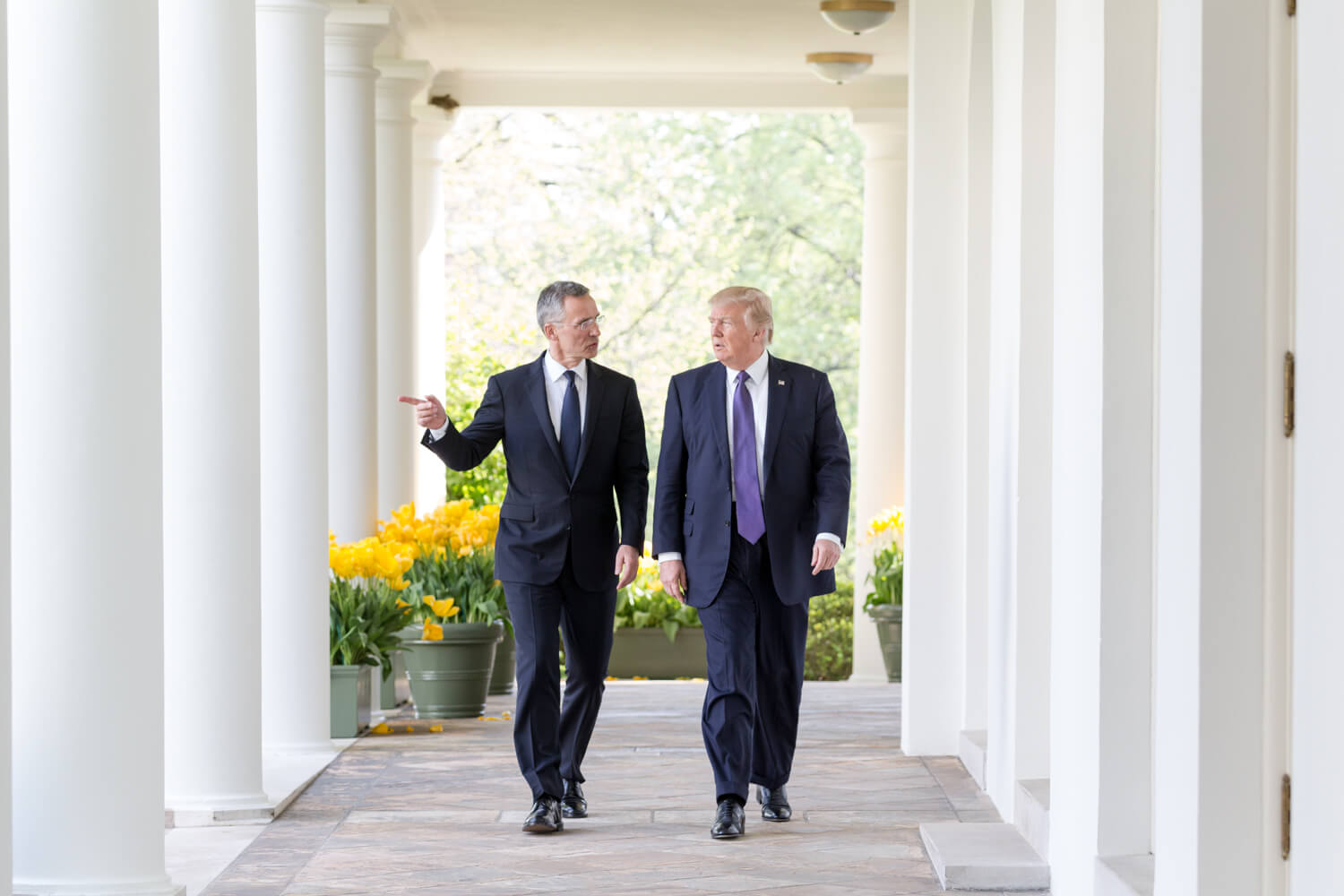 A lasting conversion of President Trump to NATO will be difficult to achieve – and it will not suffice to defend Europe’s interests.

I love you, I love you not… Donald Trump’s relationship with NATO is a rather fickle affair. Deemed obsolete at first, now Trump explicitly stated it is not, on the occasion of NATO Secretary General Jens Stoltenberg’s visit on 12 April. And there was much rejoicing in Europe.

Without much cause, alas. For we will soon see how long Trump will remain good-humoured about the Alliance when he realises, at NATO’s Special Meeting in Brussels at the end of May, that the majority of European Allies are not going to spend 2% of GDP on defence, a demand that he reiterated at the press conference with Stoltenberg.

Furthermore, some of the reasons why Trump, for the moment, sees NATO in a good light exist only in his imagination. “The Secretary General and I had a productive discussion about what more NATO can do in the fight against terrorism.  I complained about that a long time ago and they made a change, and now they do fight terrorism”, the President said. In reality, nothing has changed of course, and there is nothing much that NATO can do in addition to what its members are doing already, under American command moreover, through the ad hoc coalition that is bombing IS.

Meanwhile Trump has ordered a missile strike on an air force base of the Assad regime, in retaliation for what appears to be a chemical attack by the latter’s forces. That strike will not bring the end of the war in Syria any closer. It might well postpone it, as the resulting crisis in relations with Russia risks to make the diplomatic negotiations even more difficult. For Europe there is one benefit from all of this: we no longer have to fear a quick deal between Trump and Putin at the expense of our interests. But there is a serious risk of relations with Russia deteriorating even further and that will complicate the resolution of the Ukraine crisis as well.

What is more, Trump seems to have gotten the taste of it and is now also threatening unilateral military action against North Korea. Xi Jinping most definitely was not amused that the strike on Syria was launched mid-way through his stay with Trump. If the idea was to put military pressure on China, intimating that what the US can do in the Middle East, it can do in Asia, that might work – in the short term. China knows that today it is no party for the US, and the week after his visit Xi in a phone call urged Trump to solve the Korean question peacefully. In the long term however, this might have the effect of stimulating China to build up its own military power to even higher levels, in order never to end up in this position again. An all too exclusively military strategy on the part of the US will increase rather than reduce global tensions.

But Europe is happy, for NATO is saved. That is our “Maginato Complex”. Like France before World War Two put everything on the Maginot Line in order to ensure its defence, so we today put everything on maintaining our Alliance with the US. France imagined itself secure behind its fortifications and did not see that other developments (armoured divisions, to name but one) seriously limited their value. That did not render the Maginot Line useless, but it did mean that the Maginot Line alone could not guarantee France’s security. Today NATO certainly isn’t useless. But if our most important Ally is at the same time making global tensions rise, through its unilateral military moves (has Trump consulted anybody in Europe about them?), then NATO alone will not guarantee our interests.

Only we ourselves can guarantee our interests, by using our diplomatic and economic instruments to stabilize international politics. We had better not wait too long.

Prof. Dr. Sven Biscop, an Honorary Fellow of the European Security and Defence College, is the Director of the Europe in the World Programme at the Egmont – Royal Institute for International Relations in Brussels, and a Professor at Ghent University.